Whatever Happened to Intlibber Brautigan?

Readers whom remember the old Second Life Newspaper of JamesT Juno and Dana Vanmoer may remember Intlibber Brautigan. He was the head of BNT Holdings, a major sponsor of the paper which at one point controlled over 50 sims. He was also an opinionated figure whom defended the controversial Woodbury University, infamous for harboring a number of suspected griefers, and butted heads with people such as Prokvy Neva.

Things seemed okay from the paper's point of view as his sponsorship included space for an office and a private island for James and Dana. Then in October 2009, disaster struck. Linden Lab seized the sims under his name, including that with the SLN office and James and Dana's home. Aside from Intlibber stating that his company's revenue took a sharp drop due to the real-life economy and projects that failed to "come to fruition in time," Dana called his official statement "an outpouring of spite and blame on others" which she refused to publish in full. Although the paper soon found a new office, it never truly recovered, and the incident was likely a contributing factor to Second Life Newspaper's folding less than a year later.

After that, not much was heard about Intlibber. In July 2011, Krypton Radio claimed he was linked to an account that was banned. After that, nothing for a few years. Then a few days ago, my attention was directed to a post on Facebook by Mike Lorrey. ... 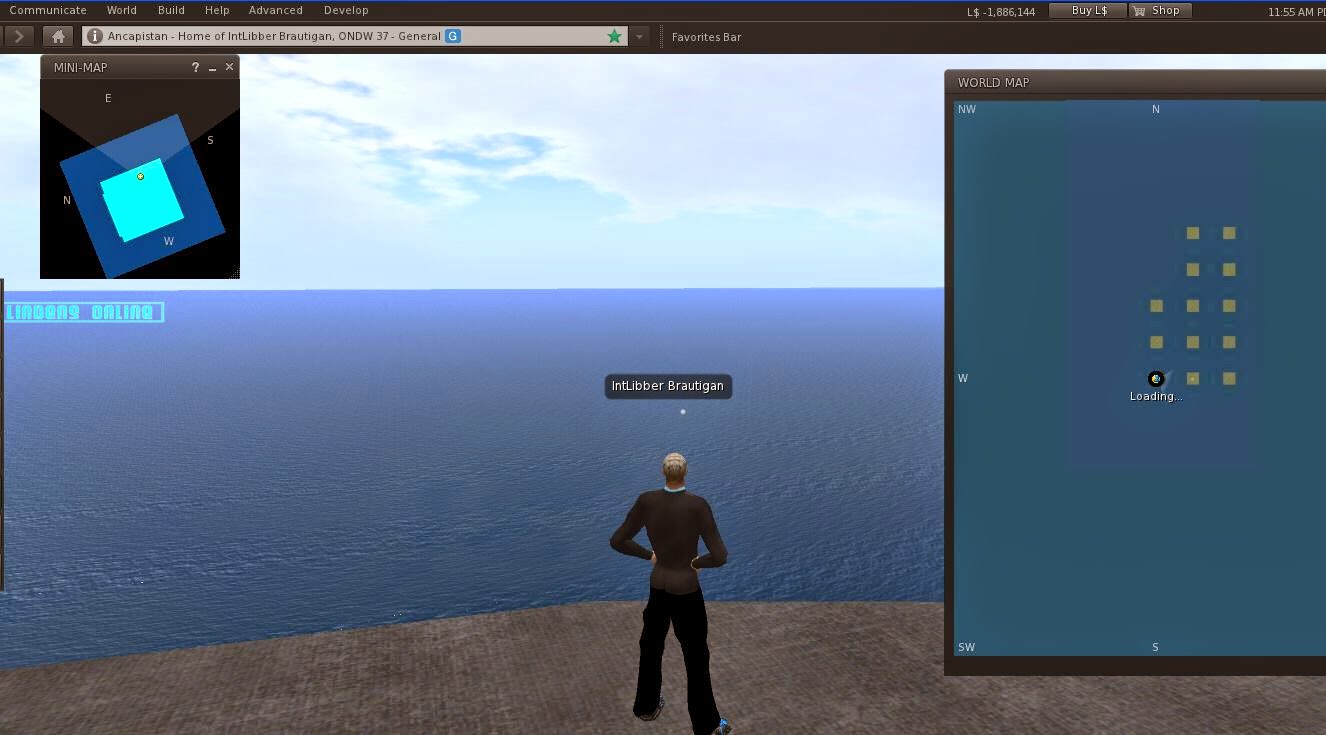 "My IntLibber Brautigan account is now somewhat open in Second Life. Linden Lab has me in a 1 sim prison called ONDW 37, which as you can see in this snapshot, is one of several prison cell sims that class action claimants are given, in order to put their inventory assets up for sale on the SL Marketplace. Claimants have 1 month to get their stuff listed. I am unable to receive visitors in this sim, and cannot communicate with other users in SL. LL has removed all my group memberships, even the groups I created and own, and does not allow me to teleport elsewhere in SL. This is what they think constitutes the terms of their "settlement" of our class action lawsuit. They are also trying to refuse to pay me the 2L$ per square meter for the 53 regions of virtual land I owned before they banned me, despite that being the clear terms of the settlement."

Could he put them in Marketplace? "Yes, thats why they have me in this single sim, to put objects for sale on marketplace via a magic box. My lawyer is still dealing with LL's consistent intransigence at refusing to comply with the letter of the class action settlement agreement which SHOULD have awarded me $1000 per sim for recovery of sim setup fees, PLUS 2 L$ per square meter for 53 sims of land. They are refusing to pay either of these sums, which should total up to around $80,000 USD. I also have around $4500 worth of L$ on my accounts, but they've put a negative 2 million L$ on every account to prevent me from transferring my money to anybody else, and they put a negative $17,000 USD balance on my account dollar side reflecting the fallacious tier charges they placed on my account AFTER they had suspended me (my monthly tier fees never exceeded $10,000 at that time, so this is clearly almost two months of tier, far longer than they allow." 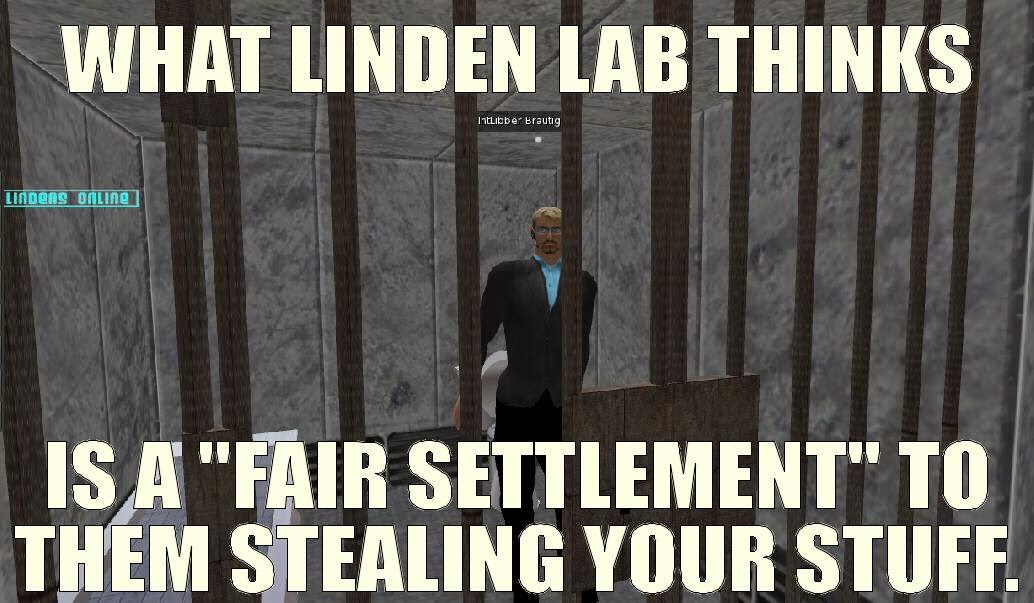 "If they refuse to comply with the settlement we will be forced to ask the judge to sanction them with the award of all my attorneys fees for dragging things out and causing these problems, and have the settlement set aside so we can demand the reconsideration of the economic loss class of the suit which she had closed because the lawyers pushing the class action "lost" or otherwise misplaced my claims, faxes, and letters urging them to make me a named party in the case, since I showed the largest economic losses of all claimants."

"I'm selling my stuff because the settlement gives you the option of either selling your stuff on marketplace, or else receiving a mere $15 compensation for all of the content on all of your accounts. I had 200 accounts, about 15 of which had money and content, and had invested well over $50,000 in various content development projects."

When asked why he got banned, "LL seized all my sims after engaging in a campaign of blocking my ability to trade L$ for USD to pay bills, and lobbying my customers to move out of my sims, all because I defended those whose rights were infringed: ad farmers, woodbury university, private property owners, and my investors."

When asked what else he was doing online, "In what time period ... In the past year I've been working on a new business plan that is confidential but will have some information about that disclosed at a later date, provided this settlement is equitably paid to me so we can seed the revival of BNT with the settlement money."

When asked what is he selling on SL Marketplace, "TONS of stuff. I used to build buildings for clients, script stuff, etc. I made a scripted set of HUD combat flight instruments like an F-15 eagles heads up display, among a number of other things. I developed the Major League Combat first person shooter combat sim, I developed the Teller Motorsports Park racing sim.... seriously its odd that so many people believed the lies told by certain Lindens and their groupies that I wasn't a creative person in SL."

And so, the land baron whom once had over fifty sims is now confined to a small tiny space isolated from the rest of the Grid. It seems Intilibber is in the process of writing his final chapter in Second Life, or is he? As he has been accused of using alts to get around his ban from Second Life, it's possible he may pop up once again sometime in the future.