“I don't think there's one word that can describe a man's life.”- Citizen Kane

This is probably the hardest post I’ve had to write. I remember when I was in the hospital, Henrietta stayed up almost every night with Sidonie and Cuddly. She always presented this shy demeanor, but beyond that was a woman who was deeply loyal, deeply committed to the causes she believed in. 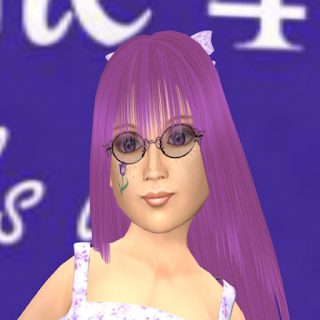 Sid, Cuddly, Henrietta and I talk almost daily. Three years ago we created a Facebook chat group that we just chat into, and no matter what we always talked through things. Hospital visits, strokes, dying cats, ferrets, movie quotes only Henrietta understood, and just life in general.

If there was one thing that I could always count on, it was my troupe of four. I recently went through a bit of depression that I could not explain- it happens to all of us. I must’ve chatted into the group at 3am my time and since we all have the group on our phones we all see the alerts. Henrietta woke up and kept me company through a time that was particularly hard for me.

Sometimes it is easy to forget but Second Life is not one dimensional- we are more than just the avatars we create.

Over time all four of our lives,  in world and out of it, became important. Cuddly got a live in boyfriend toy thing, Sidonie had new cats and Henrietta lamented about ferrets. We all know each other so well that if we met in real life, I don’t think we would even notice that we weren’t hiding behind our Second Life skins.

That’s what I love about Henrietta- she is so real, so true to herself that Sid, Cuddly and I had a shoulder to lean on to and rely on. She is always full of movie quotes and tv show quotes that none of us had heard of before but yet she persisted...

Henrietta Demina had many passions. Living life with a smile and laughter was one of them. She was dedicated to her real life family and friends and treated us SL family and friends just as she would in real life. She wrote about her Strange family on her website and was immensely proud of all of our accomplishments. Henrietta had her Demina family too, passionate about role playing as vampires. She was dedicated to the character she made on Second Life, changing only her hair to accommodate Relay season. 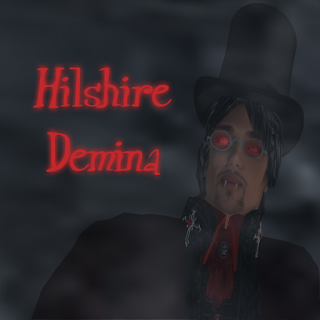 For the last five years she was deeply, deeply passionate about Relay for Life. She and her brother Hilshire made RFLSL as real as it could be- they collected monies in real life as much as they could and usually donated it in pieces.

Henrietta was the definition of a true relayer. She attended as many events of other teams as much as possible, slowly draining that chunk of change (which was easily in the thousands dollar wise) at each team event showing her support.

She volunteered to DJ at just about every single event possible. She was passionate about the Fantasy faire, Christmas expo, you name it she was there.

Quiet but steadfast defined Henrietta’s Relay journey- she was happy to let others in the spotlight even if she was more deserving. Most recently she was heavily involved with the Christmas Expo as a host and was happy to spend her entire week only at the Expo.

She became the Team Captain of Team Strange Journeys last year and held the baton with pride. She dedicated part of her sim to the team’s accomplishments and journey.

Above all, she was the Co Coordinator of the Castle Home and Garden contest. She retired a few years ago so she made the CHG her full time job, almost literally. She worked so hard that she worked herself into having a stroke right before the Opening Ceremonies last year. She was respected and loved by all of our contestants and our merchants. It was usually her that people would go to for support, and she was more than happy to give it.

It feels strange- life is a journey and I preach that, always. This week we lost both Henrietta and Hilshire Demina. They were killed in an accident early this week and it just doesn’t make sense.

I can see Henrietta standing in front of me, giggling, saying that sometimes life is funny that way. I can see her saying a quote from a movie she admired 40 years ago, and something about “don’t worry about it”. She would probably kill me if I said anything like “I can’t do the CHG without you”. She would want you all to smile and keep fighting. She would say, “don’t worry about lil ole me!”

Henrietta, you made a profound impact on my life and that will stay with me forever. You have made a difference and we won’t soon forget it.

Henrietta and Hilshire Demina, thank you. You can rest in your coffins now, and bite as many people as you want.

We will hold a memorial service and will send details when we have them.