Interview With Markus Damone of AllFurRadio

Recently, I met up with Markus Damone, the founder and owner of the AllFurRadio station. Although AllFurRadio is considered an Internet Radio station, it did get it's start in Second Life. After about four years of operation, it closed with the intention or reopening later. In  August 2017, the station would reopen and quickly regain a following inside and out of Second Life. Among it's shows is "Two Vixens and a Wolf," which the Newser wrote about in July. 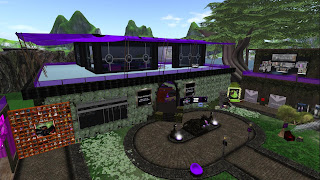 We met up at at the All Fur Radio Club, which is still under construction, in the FnF AFMedia sim. Although incomplete, the two-story club had a number of furnishings, such as dancepoles and nearby seats, a DJ booth on the first floor, and more.

When asked about where did he first hear about Second Life, Markus answered, "Oh wow.  Um it (was) early 2006, and I did a Google search for free MMOs and it was the only one on the site that was actually free. The ad showed a picture of a goth chick kneeling, and I was like 'sure why not?' Plus it stated you get free in-game currency weekly, like 100 Lindens. So it was like win-win." 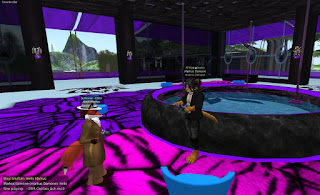 Once inworld, "Well, I was a little unimpressed. But then I found the search function, and was like 'Oh hey, furries. I know those things.' I met a fur in Luskwood as I was wondering how to get more Lindens to buy my furry avatar. After the help, I was able to have a little more fun, hitting some casinos, doing some club contests, and after about a month I had my first furry av. After that, I was hooked."

I asked Markus where he first got the idea for a music station. He askered, "I found Furnation and the radio station there. They paid money, and I was like 'Hey I can be entertaining on the air.' So I joined. But my third show, the DJ manager was very rude and disrespectful. So I said, 'You know what, I can do this better.' That was about April 2006. So I started AllFurRadio." But his initial performance was basically a trial run for what lay ahead, though a highly successful one, "The first time I opened up AFRadio  it was packed. Though it was short lived due to the lack of money to buy a streaming server.  But the first airing of it, there was about 80 listeners.  And i knew then that if I had ever gotten the money up (front), I would do it again. So after a day and one airing, I shut it down and went back to work with the station I had came from." 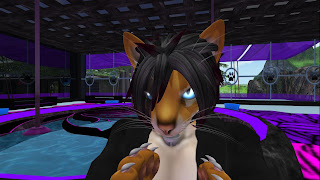 Markus would continue working for someone else for about six months. About then "Several of the DJjs with that station who had became DJs because of my shows came to me complaining. When I heard their talk, I reached out and was like 'Well, I have this idea I did before, and it was great then. I am sure it will be great now.'" They restarted in October 2006.

The reboot in Markus' words, "was like an explosion.  I hit the air with a stream, and before I knew it we had 12 DJs and a battle for Furnation had began between us and the previous station we worked for.  The listener counts peaked and it grew fast and aggressive." The first year was a great success, as was the second, "The first year we hit peaks in the 100s and then we did a live show at Anthrocon.  And  that only peaked us more. Soon we were in all of Furnation. Then we were the official station of Lost Furest, then ZZ Studios, and so many other sims and location began to stream us when they didn't have a live show.  It was fast and crazy."

And they had some inworld locations on sims, "We had several. Our main branch was based in Furnation Kitsune as a dojo.  And then we setup small stations all around.  Furnation also set their Furnation Prime station, and I built a second one in the Ryder sims.  The idea was to make there be a place everywhere that AllFurRadio was." But they eventually closed down, "slowly. That was because the sims ended up going down, and they never got used. We had such a presence in all the sims we broadcasted in that we didn't need to pay for a location. It was just given to us for use. So we would have random shows in the middle of sandboxes because we could.  It got to the point that we had no need for them. No one used them. So I shut the places down to reallocate the money elsewhere."

It didn't take long for their listenership to spread beyond Second Life residents, "Our first convention is when we really started to spread outside. along with starting a branch in Furcadia.  And it was rather successful." But there was one development that dropped their numbers inworld for a time, when the Voice option was added to Second Life, "I started realizing that we had more listeners on the page than in-game. And it was mainly due to Voice being so new. And yes, sadly the moment Voice was enabled in SL, our numbers dropped. Everyone would rather voice with each other then turn the stream and and listen to us." 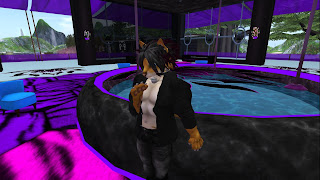 The station would recover those numbers soon, but from outside Second Life, "by the time that had taken full swing, we had already (been) down several conventions. So a large number of the base was outside of Second Life, (and) had never even heard of SL. And since there is no voice chat in Furcadia, we still increased. So overall, the base in Second Life dropped, but outside it increased.  We also found that the listeners outside of SL listened longer, and were less likely to stop listening in exchange for something else, because at that time, there was nothing else furry related on the net."

The station would have it's challenges over time, "We had  several.  Some DJ would say something and p*ss another off.  The worest though was what helped lead to the station closing   It detailed with one staff member getting so mad, I cant even remember what for, and he convinced the general manager to leave AFradio's Furcadia branch  and all the DJs as well. Overnight the station went dark. This was in March 2011. ... The station closed down." Markus told me real-life matters were part of the reason for the closing, "I had just become a father, (and) I was working crazy hours." He did make one attempt to reopen it a year later, "but it wasn't going to happen."

But in September 23, 2017, AllFurRadio officially reopened, "It was welcomed  and to my surprise many were happy to see if back." It was successful from the start, though Markus credits the "Two Vixens and a Wolf" radio show by Svetlana Snowpaw, Roxy Noir-Snowpaw, and Greigh VonGottreich,  "I was finding it hard to get broadcasters, and when they came along their excitement and enthusiasm was what I needed to refuel the fire. And yes, their show attracts a lot of new listeners each show. It's the entertainment furs want, not just  playing music like a Second Life DJ, but doing a real show that is professional in nature. They showed me what I had forgotten and what I was missing, that excitement, that passion, that form, the time I had lost due to all the things that had slowed down the station."

When I asked about what special event was being planned to celebrate the anniversary of AllFurRadio's reopening, Markus told me although officially it reopened in September, the real reopening was a month earlier, "That's the funny part. The opening was in August, so we ran as soft opened for the time. Our celebrated reopening date was August the 10th 2018. So this day to be honest will just (be) spent with the staff.and enjoyed with each other and our hard work thus far." 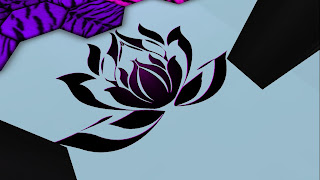 And what are the future plans for the station? Markus answered, "More cons for one. We are also opening up our other branches: AllFurMedia and AllFurNews.  Allfurmedia is schedule to be fully open sometime at the beginning of the year with the sitcom "Are You Furreal." AllFurNews "is suppose to be mainly about furry events. Right now, we are working with a contributor,  The Furry Times, and getting them setup as well looking for other correspondence and contributors. We are working on a lot of different things. Thinking of SL shows. full animation. live video, but most of this is in the infancy."

And what do his real life friends and family think of his radio station? Markus answered, "My wife does, and my mother-in-law are both co-owners.  In fact, I met my wife from one of my DJs back when I first ran the station." Second Life and the station had worked out well for him, "Indeed it has. To always for the best, but always great in the end."

A year after AllFur Radio's official reopening, Markus and his station are doing well.