Interview With Sudane Erato of The CDS And New England 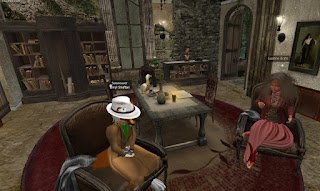 The Confederation of Democratic Simulators has a number of noted residents. But among those from it's early days the person active the most would be Sudane Erato. Recently I met up with her to talk about her time here. We met at a rustic building in Neufreistadt, resembling a house built inside what was left of an ancient stone structure. "I've taken a liking to homes in ruins," Sudane explained, "This area of NFS, I took a liking to before we even had parcels, in Anzere, and I've been here ever since."

Of how she came to the CDS, "I arrived in Second Life in November 2004. By early December, I had attended an orientation session here, and had met Gwyneth. And (I) regularly attended discussions that she held in the Church, the Kirke, that was here then. So, essentially from the beginning, since the CDS was formed in Sept of that year." Of what attracted here, "I think it was less the visual environment, which was very primitive then. But rather, this really interesting sense of experimental community, around what really felt like a REAL place. Gwyn's discussions were extraordinary. And the social experiement, that was really interesting. So I got involved. The building (I did) came much later. Ulrika and kendra did all the building (then)." 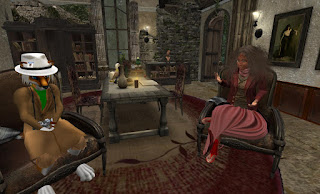 Of how things went ad a community at the CDS in the early days, "It was intense. By that February, everyone had left except me, Gwyn and Ulrika. And Linden Lab kicked us out of Anzere. Fortunately, they cloned the sim for us, including everything on it. And it was a private island then." When asked why the Lab kicked them out, "They became disillusioned about the goals of the program which had gotten it to us in the first place. But the Lindens decided the goals were not achieved. So they ended it, and set us on this island, that of course we had to pay for." She mentioned that today, Anzere is a snow sim on the mainland, "So, that was the beginning of the normal estate, with parcels and people paying. The population built back (up). So we supported ourselves. But, it became very intense, huge political fights."

Sudane asked me what my impression of early political CDS controversy was. When I answered some were saying only one leader seemed to be controversial to them, she responded that her perspective that the most controversial of all was "Ulrika. ... quite honestly, Urika was truly a genius, the person who conceived of this experiment. But, she was an evil genius, perhaps the most evil person I've ever met. And I've met a lot of people in my 73 years." She would say, "Kendra sided strongly with Ulrika, and almost everyone else sided against them. I wanted some sanity and fairness. We finally pushed her out. So, the controversial people who came later, they were a pale shade of the problems that Ulrika caused." 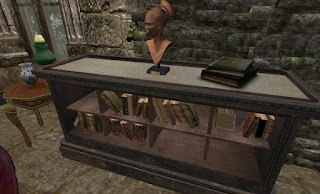 After Ulrika was gone, "We got the concept of democratic government back on track. That was the major thing. The structure evolved from what she had devised. And, it's easy to point out many remaining flaws. But still, its our best efforts to create something that is really a democracy, where the residents set their own policies. It's a bit of an anomaly, a poor fit in Second Life, since someone has to "own" the estate. But we aim to strike as close to a democracy as we can." 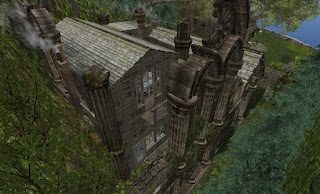 And what did Sudane think were some of the more interesting details of the CDS's system? She thought about it, "Well, the core I think is the Representative Assembly. It's the democracy. And it struggles along, at least everyone understands that concept. Then there's the Scientific Council, which everyone thinks of as the Supreme Court. But it isn't really. So that's a bit harder to understand. It was one of Ulrika's brainstorms. I don't fully understand it. But that's no problem. They wouldn't want me on it anyway (smile). Then there's the Chancellor, which is our own invention. Ulrika never conceived of an Executive. Rather, she had the Guild performing all the administrative functions. But that proved, in my opinion, very impractical. And we devised the Chancellor. But that role is still a work in progress I think. It's VERY hard for the person who holds the role. But, all that said, interesting."

"Probably the most interesting to me," she commented, "Is my own role, and trying to devise ways to hand it off, since my alt is the estate owner and I'm the Treasurer. Both of those functions require a real neutrality, which is often hard to achieve. Treasurer (is) easier probably, since in real-life I'm a bookkeeper. But estate owner, jeez! How many times have I been accused of manipulating affairs in the CDS, just becasue my alt is the EO??!!? So, that's 'interesting.'" 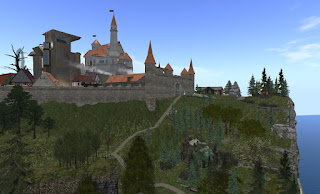 "Oh. Also, I've grown to LOVE building and landscaping. So I could do that eternally (smile)." When asked how many buildings she did, her answer was, "Oh my God, a LOT! Perhaps almost half of the buildings in the CDS. Well, maybe not half, but a LOT! Rosie and I did the Schloss together. She did the Kirche. I did the new Monastery. My current project is 'densifying'  the city, rebuilding the houses within the walls so that they fill the entire space, and you get a better sense of narrow twisty streets. I've done maybe eight or ten of those buildings so far." And how long would this project take? "No set date. I've been doing it simultaneously with other projects. The first houses were on Ulrikastrasse on, and on the Platz, Lil's pub, that was the first. Then one on Catfahrt, and two on Gwynethstrasse. I have in my target three more on Gwynethstrasse, plus a couple on Sudanestrasse. Oh, there were two on Kendrastrasse and on on talenstrasse. Jeez ... Heehee, I really do like building. 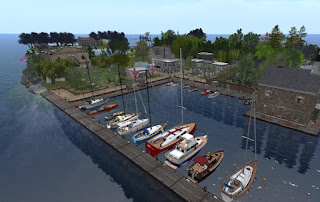 "My Father was a real-life architect who built the hoses he designed. I probably got it from him (smile). Easier building in Second Life. But go visit Amiais. Moon Adamant and I are building dozens of houses there!" But of her buildings, "He wouldn't like them. He was an avid devotee of Frank Lloyd Wright while I like ancient places."

Sudane did mention, "I am in a new, unrelated project now for real-life, a contract for a Portuguese University to create a replica rural village for an anthropology study, called Amiais, on sims by that name. Visit that any time, a work in progress." She also has some land in the New England area, "Do visit New England to, if you have time. It's a beautiful place in the Blake Sea area."

Sudane is staying busy with her many projects, and is happy doing so.