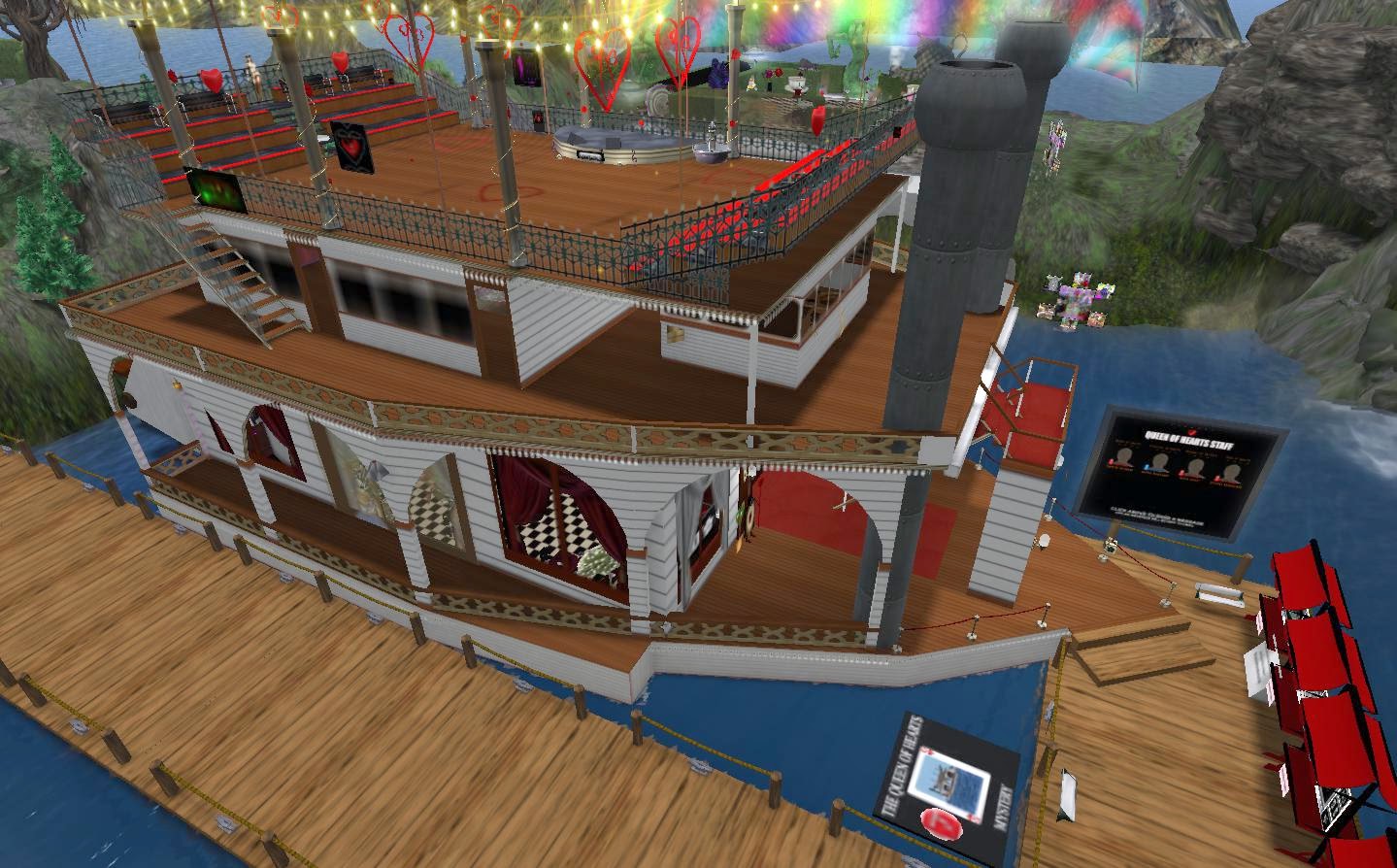 Last week, the romance-themed Mystery sim celebrated its eighth anniversary in Second Life. People were invited to explore the sim, and enjoy the events at the "Queen of Hearts" riverboat club. 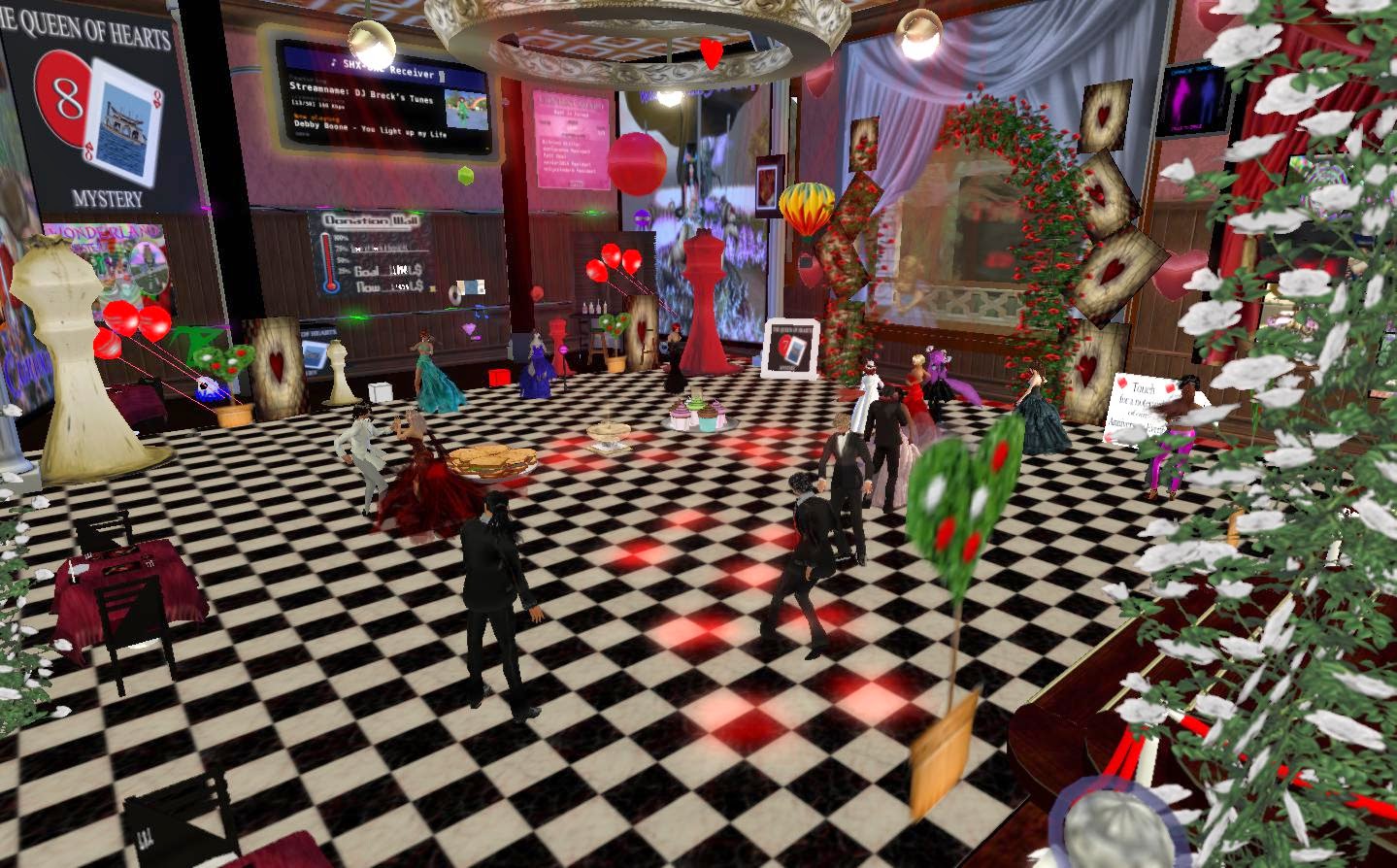 Saturday was their big day, with six hours of events. The last event was the formal ball from 2 to 4PM. Everyone was asked to wear their best outfits, and hop on over. 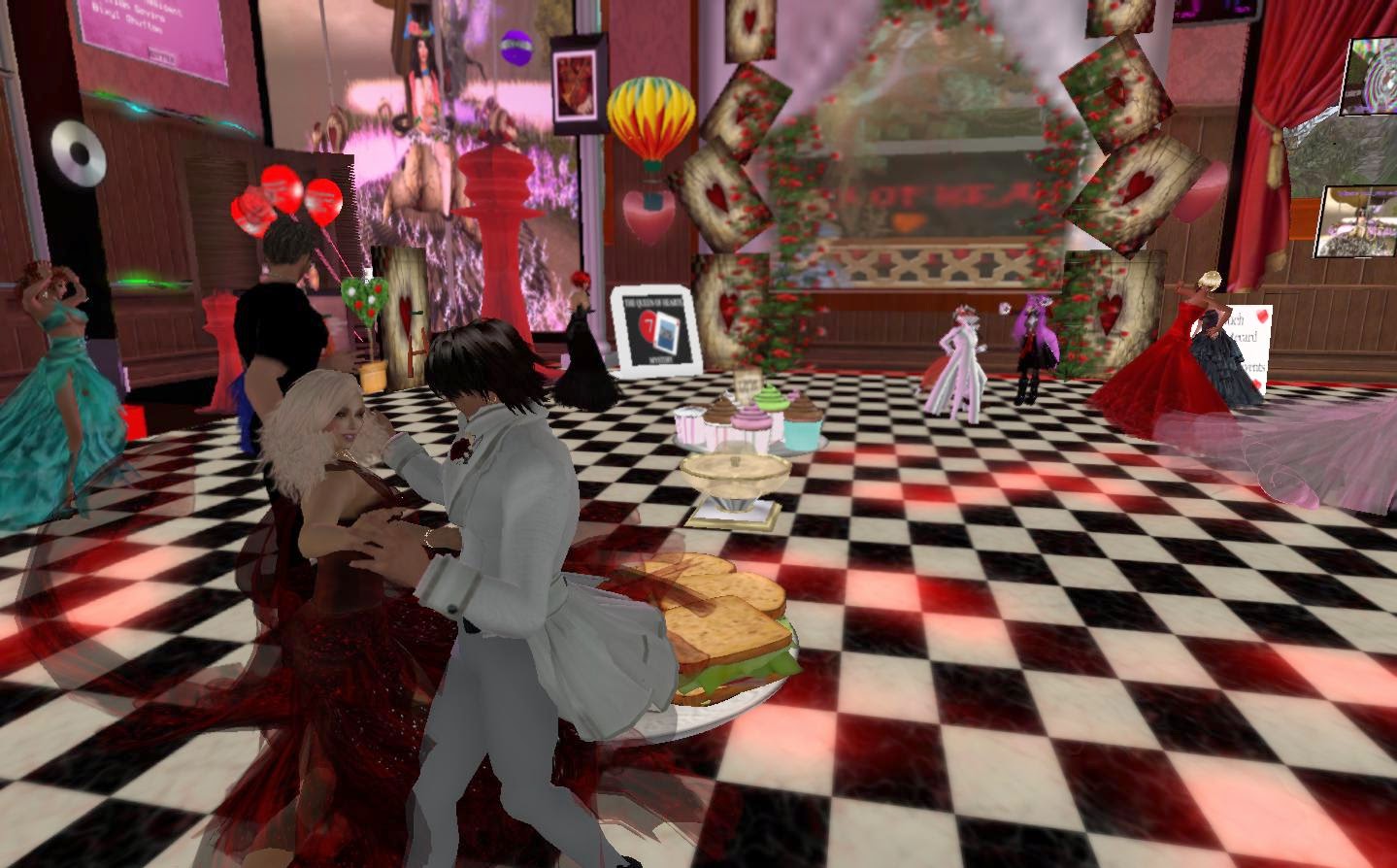 Amythe Moonlight, the manager of the sim and club, danced with a friend. DJ Breck provided the tunes with the wolfess hostess Aislinp welcoming newcomers and inviting them to take one of the plate of cupcakes, a glass of champagne, and a plate of sandwiches. When someone took a sandwich, it was a random variety of two foodstuffs. Someone ended up with a "snail and sardine" sandwich.

The 1000 Linden prize was split among five winners: a rare event at the riverboat club. 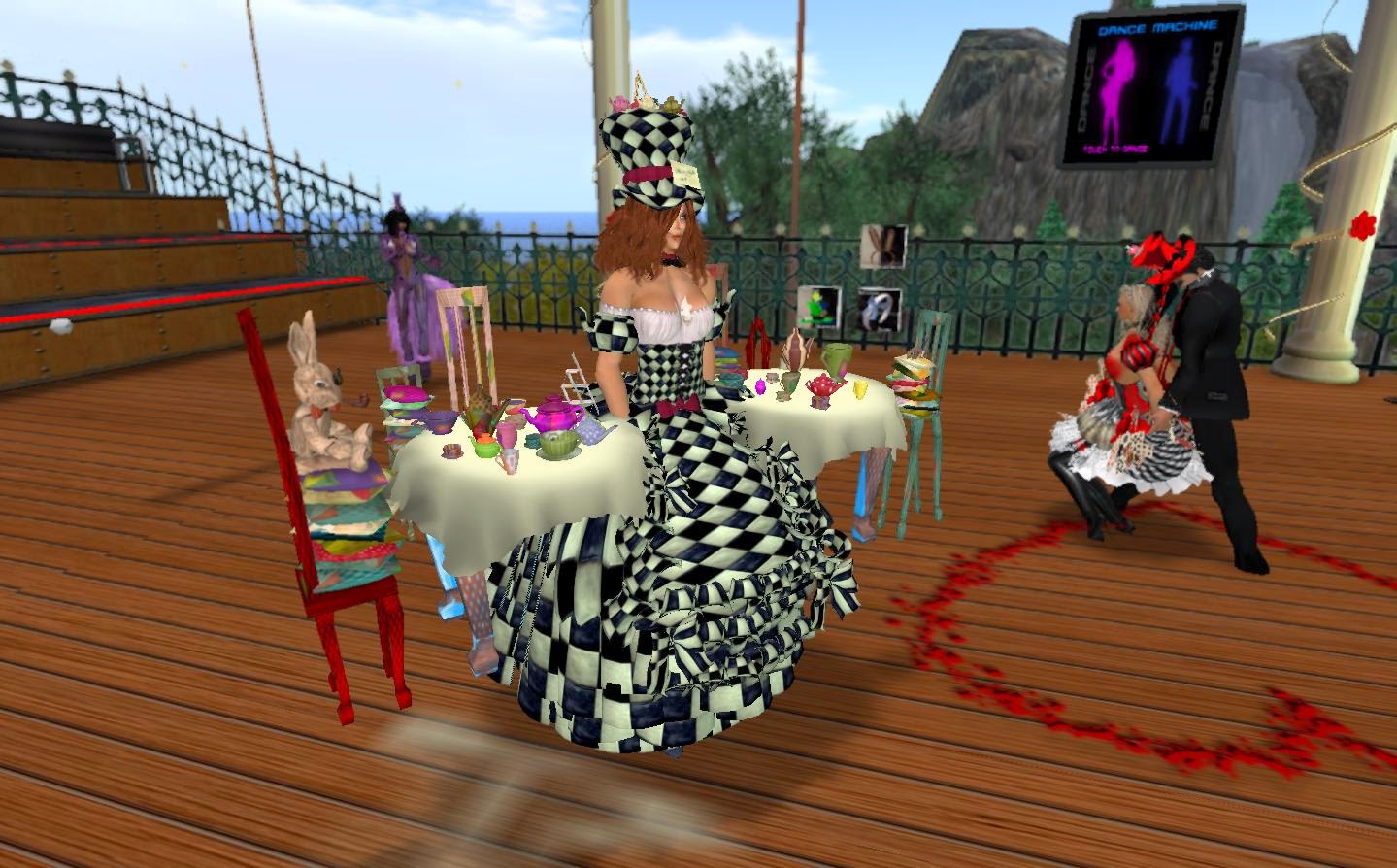 The following day, Sunday 18th, at Noon, Debi Latte sung live at the top deck of the club. It was an "Alice In Wonderland" themed event, with people in Wonderland style outfits. Debi looked the part of the Mad Hatter's tea party.

It was the close of a week of special anniversary events.

"Thank you everyone for joining us here at the Queen of Hearts for our eighth Anniversary!"