Cyberbullying is something that is becoming an increasing problem.  It is happening all over the Social Media.  This has happened to people on Facebook.  Because of the bullying some people on Facebook were experiencing, they committed suicide.  The bully(s) have since been arrested.  It is something that any social network should be aware of and do something about.  So why did it take Linden Labs being threatened with a lawsuit before they would act? 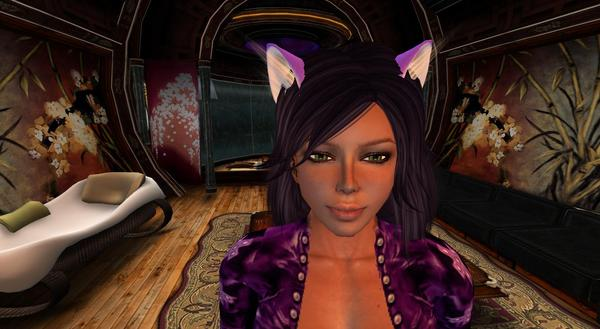 A good friend of mine was being bullied on Second Life.  He reported the person to Linden Lab (LL).  All LL would say is it was against their Terms of Service, TOS, and Abuse Policy to do anything.  The person who was bullying my friend was spreading lies about him and telling everyone not to trust him.  The bully would also spread half truths about my friend.  This caused my friend some issues. He once again contacted LL and again they would not do anything about it.

The bully would insult my friend in different groups for a period of over three weeks.  She would tell any group she was in.  The friend had to defend himself against the bully during this time.  He also posted several complaints about the bully.  He filed over 60 AR’s on the bully and others who had seen her lies also filed AR’s against her.  Linden labs still refused to do anything about this bully.


My friend soon found out about the cyber harassment and cyber bullying laws for the social media.  Since Second Life is a social media, the friend contacted LL about these laws and that the laws set aside the TOS and Abuse Policies that LL had set.  LL still refused to do anything.  The friend turned to lawyers in California.  He sent out emails to 10 large lawyer firms in California.  He also sent the email to Linden Labs Corp Office and their legal division.  He presented his evidence and the notes about LL refusing to anything about the bullying because of the TOS and abuse policy.  He also cited the legal statutes.  Two days after sending out these emails, my friend received an email that the bully had been suspended for a period of time and was warned that if they did anymore bullying they would be banned from SL permanently.

It took threatening legal action before LL would do anything.  This sounds like they do not care about their users as long as they can make money off of them.  LL should not see themselves above the Federal Laws just because they do not fit their TOS and Abuse Policy.  This bully has now lost all of her friends because she disgraced herself to everyone.

My question to you is: Should it have gone this far or should LL just change their TOS and Abuse policy to fit the federal laws?

Tiddily Winks
Posted by Bixyl Shuftan at 6:00 AM