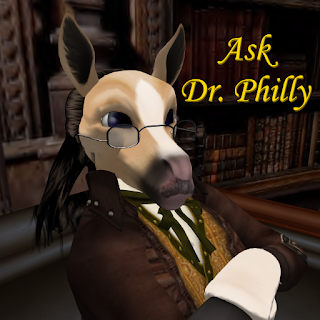 I'm a club manager of a venue that serves both the community it's in, and has also attracted a small following of those from outside. One way I publicize it is through my Facebook feed.

Well, one evening someone plasters an image of a woman doing unspeakable acts with animals, followed by an angry rant spewing hatred of Second Life. He claimed to be the owner of a couple sims whom had people doing the most vile things from child rape to bestiality on his land, saying the Lab closed his sims and threw him out of the Grid. He denounced our virtual world as a land of the most sickening perversions, and demanded if I had any decency at all, I would leave and help spread word of "the truth" about Second Life.

My response was to delete the his comment. While I can take an insult, I couldn't have that image he posted due to it's graphic nature and it being against Facebook Terms of Service. Well, his response was fury. Accusing me of covering up "the truth," and defending perversion, rape, child abuse, and all sorts of other crimes. Finally, he told me he'd be reporting me to Facebook to get me banned.

Dr. Philly, if what this guy says happened to him is true, it was wrong. But I can't accept his hate either. While I don't know exact numbers of these sorts of sims, it was months before I came across so much as a girly bar here in Second Life. Let alone a "kink club" of which I've heard tales about, but only saw for myself when a friend TPed me in one one as a joke, well over a few years after I came here. To paraphrase a Dutch friend, Holland is not just a few "red light" city blocks in Amsterdamn, and Second Life is not a handful of hardcore RP sims that very few of it's residents ever set foot in.

I still feel mad about what he did, and he's been posting his hate on his own Facebook page. Shall I counteract them in his own comments? And do I have anything to worry about by his ban threat?

These kinds of civil disputes can be very tangled affairs and in many cases neither party is 100% right. In an arbitration, we would first get a detailed description, from each, describing the problem from their own perspective. Step two, make each read the other's description. That done, we can now ask meaningful questions. If the man owned the sims and things were being done that he does not allow, why was he letting them stay? Why does he target your club, instead of the ones on his sims? If he is so against "porn," why is he spreading it in a public setting?

The fact is, one,there are many such adult clubs in SL, which work within the rules and two, if an individual has a bad opinion of a person or place, it's just that, an opinion. Opinions aren't rules, until you get a majority to vote on them. Another thing to remember is, Second life is the product of over 44 million imaginations. The tricky thing about the imagination is, it has no picture for the word "NOT." If you put a "Thou shall not..." in your mind, it immediately goes about drawing it to you.

Far more powerful than a mere physical brain, our minds can magically create anything it pictures. There is no Top Secret plan to keep you from gaining super mind powers. You just haven't asked the right question yet. Conflicts end as soon as both parties imagine a solution, as a picture where everybody has a happy ending and maybe even a new friend.

This has proven true through out my life, but I don't ask anybody to just take my word for it. I can only hope that I have stirred your curiosity enough to test it for yourself.

Still waiting for the fat lady to sing,
Dr. Philly

I can't help but notice that you and your little bunny friend, Sha, are somewhat better known and more influential in your community than I am in mine, despite your having been in SL for fewer years than I have. If we all start out second life with the same abilities and bank account, how is it that some seem to be born with a silver spoon in their mouth? If, on the other hand, we all have the same potential to become noteworthy, influential members of the community, there must be some skill involved, that I, one of tens of millions in SL, could learn and develop and thereby get my own silver spoon. As a "Pro", are there any "tricks of the trade" that you could pass on to us little guys, to help elevate our position in the community?

Signed,
That Guy in episode 81 of Galaxy Quest

No doubt, we have all heard, when it comes to turning ideas into forms of reality, expressions like "Money talks" and "Follow the money". The same principles are at work, whether we are in a real or virtual world, so it is important to understand what money is and how it works. In and of itself, a dollar is no more valuable than a piece of paper or any rock on the ground. Money gets it value because it is a good conduit for turning ideas into form. Keep in mind, money is not the only path that ideas can take. It is not even the best way of connecting ideas and forms. Like computers, our mind energy can have a wired or wireless connection to the "get'er done" network. By learning to mix the mental energy (an ideal) with some emotional energy (enthusiasm) and a little physical energy (rolling up your sleeves and getting a little dirt on your hands), you can convert any molehill into a mountain, without spending a single L$. How, you ask? John Lennon said it best, in his song, "Imagine".

In "real life", we have money for the necessities, like food, clothing and shelter. In Secondlife, we don't ever require food or even air. You can spend all day walking on the bottom of the sea or the moon and never take a breath. On the Marketplace, there are enough free items to fill any needs. Shelter is totally unneeded, because there are no elements that can harm us. Home is a handy place to open your new items, but there are lots of other places to do that, without the need of paying rent. What about money for things that aren't free? How do I get L$s to buy cool stuff? You mentioned my "little bunny friend". With her hundreds of avatars, each with the latest selection of mods and clothing, the castles, vehicles and other rich girl toys, it might surprise you to learn that, until recently, she never bought any Linden dollars. If there seems to be a silver spoon in her mouth, it is because she imagined one there, from day one. Imagination is the principle currency in Secondlife. When we log into the grid, we have a picture in our mind of who our avatar is and what it's position is in the community. When you are in world, there is an entire network of computers dedicated to turning the pictures in your mind into a virtual world around you. If you want a better world, begin with putting better pictures in your mind. Does something this simple really work? Yes, 100%, so give it a try. You have nothing to lose and everything to gain.

Imagine that,
Dr. Philly
Posted by Bixyl Shuftan at 6:00 AM