What Second Life Means From A Disabled Person's Point of View 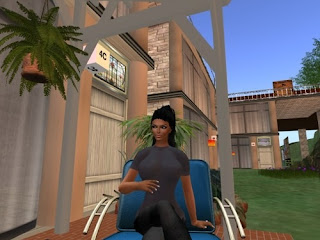 I remember the first time I've heard about Second Life. Someone was talking about it and I asked him what it was. He told me that it was a virtual world. I said that I'd like to give that a try.

That was about a year ago. I have not had a regret when it comes to signing up for Second Life.

My name is DeafLegacy and I am deaf in real life. In a way, Second Life is a blessing because on it, I do not have to worry about talking. I have a speech disorder in association with my deafness. On Second Life, I am able to join some groups like Virtual Ability. I even signed up to write for the SL Newser. I'm not just a reporter. I'm a photographer as well.

To summarize it up, I'm a writer no longer trapped in her own world. Second Life had provided me with many different worlds where my deafness is not as important as it is in real life. Why did I say that?

Well, in real life, if I want to have a conversation with a hearing person, I'd need to be really good at reading lips as well as having some paper and pen. There's interpreters as well for medical appointments. It's not as easy as one might put it.

But on Second Life, I can have a conversation with anyone via the text mode without worrying about any misunderstanding that would rise from real-life conversation.

At least, whenever I go on Second Life, I almost always go to my apartment on Cape Heron. It's a beautiful apartment. In real life, I don't have an apartment. I live in a house with five other people. To put it this way, I'm the only deaf person in the house. Being deaf does not make it any easy. It tends to make it complicated. But on Second Life, I don't have to worry about that. The only thing I have to do is just be myself. Second Life had given me that chance and for that, I'm very happy.

I hope to continue using Second Life, even if it grows into something else. They are talking about it. I look forward to the day that happens. Until then, I'll keep on using Second Life. I can't say the same about the other people with disabilities, but Second Life is the best thing that happened to me.

Why? It's simple. Writing was my lifetime goal. Second Life just happened to make it come true. Now, I'm a writer both on Second Life and in real life. I'd say that's a chance I have to take and I did take it.

That's the best thing I ever did in my life.