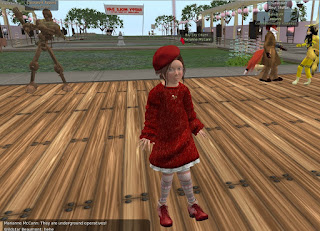 On Saturday February 2, Bay City held it's annual Mole Day event. It was organized by Marianne McCann. She and I met at the site of the Mole Day party. We were talking about the celebration and how it got started.“Well, it's always an honor to put on Mole Day," replied Marianne, "Bay City was one of the very first projects of the Linden Department of Public Works, so we have a special kinship to the Moles. Mole day was started by me and BlueGin Yifu, as a way of honoring their good works. all the stuff the Moles make and do to help keep Second Life fun and all.”

I asked Marianne where she gets the idea for the Mole Day. “Well, it was last January about eight years ago," said Marianne, "and BlueGin and I were thinking about Groundhog Day, which was upcoming. We thought 'heck with groundhogs, we got moles!' This led to us thinking, about all the work the Moles did in Bay City and elsewhere, and that we should honor them for it. That first year, all we did was issue a proclamation in their honor, By the next year, we decided to hold a public concert in their honor.” 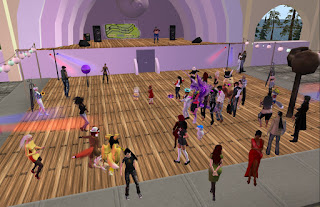 I wanted to know how the Lindens and the Moles feel about the Mole Day. “They've always seemed to appreciate it," replied Marianne, "They don't get a great deal of praise, after all. I mean, Lindens are usually vilified - rightly or wrongly - but moles tend to be, well, under the radar.” I was curious to see who shows up the most often. “Garden is here most times, Ancient, Abnor, and others often show too.” said Marianne. “The weather may be causing issues this year.”

I was wondering if the event had changed in any way. “Yes, a bit," replied Marianne, "Like I said, it was at first not even an event itself, but the thing I've noticed is how it's gone from simply a Bay City event to more of a grid-wise thing. People from elsewhere on the grid come here to partake.” 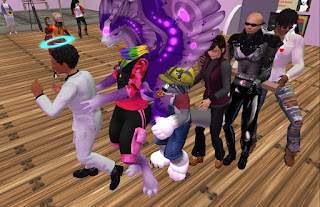 My last question was which one of Lindens or Moles have been the most fun. “Oh gosh, that's a hard hard question. There's been so many! I don't think I could even pick one.” said Marianne.

I stayed at the party for as long as I could, but with so many people coming to the party, due to the lag, I have to leave. But I sure hope that the others had lots of fun at the Mole Day party.