My Decade in Second Life

I didn’t start regularly using Second Life until 2012, but I’ve spent the majority of the decade being a part of the furry community in Second Life. I actually first logged in to Second Life a year or two before but I couldn’t quite grasp how it worked at the time and ended up forgetting my username and password so I had to start over with a new account and this has been the account that I stuck with. I mainly was pulled back in to Second Life at the time by one of my exes. I spent most of my time with him on his little parcel at first, but I started meeting other people and I eventually met someone that introduced me to Fox Haven after my relationship went south. 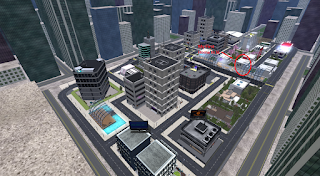 I started out there renting a little house and hanging out with my new friends. It wasn’t like before I felt like I belonged there, which is honestly something that I had never felt before. I had always felt out of place anywhere I was and this got me hooked to the platform. I began to believe in the potential of the platform to do the same thing for others and I wanted to help anywhere I could. I began by volunteering my time as a “sim checker.” Since the sim was also rented out by others, many residents would lose their objects around the sim and it was my job to find them and return them. Many objects would get captured by the bottom corner of the sim, and I always thought that this was a weird bug.

I slowly became friends with the sim owner and took on more roles to help the sim grow. I learned how to DJ from real life DJs at the time. I managed the club, did security, and eventually became a sim co-owner. I went to the main sim-owner’s house in real life a few times to hang out. I was there when he purchased a new sim and I got to learn how that works and what the initial processes are.

Unfortunately, Fox Haven closed, and I had to find a new community. I ended up applying at Furry Fashion as a DJ and got the job. I met new friends there as well as my current boyfriend. However, I originally got to know the sim owner first and we ended up clicking and dating for over a year. In that time I was given opportunities to manage their club and sim and I helped turn some things around for them even while the sim owner was away on medical leave. I felt really accomplished in regards to this. But unfortunately my relationship with the sim owner started becoming less and less healthy for me. And after we broke up I started to be treated differently and by that point my mental health had deteriorated to the point where I realized that I needed to make an exit because I could not effectively make improvements that I thought were needed. We’re all human and stuff happens. I wish things would have turned out differently, but there’s nothing I can do to go back. 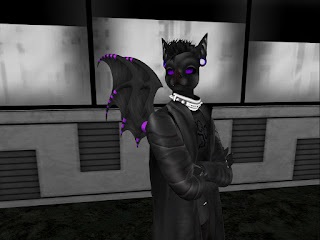 For the past year I’ve mainly used Second Life to be with my boyfriend on our parcels, which is oddly how I started out. I have not found another community that I’ve really meshed with and aside from maintaining my store, for the most part I don’t really pay attention to it and just have the browser open in the background most of the time. I reverted back to real life hobbies to fill my spare time, and since writing was one of those hobbies I started writing for the Second Life Newser. If there’s one thing that I’ve learned from Second Life it’s that it’s not real life. I spent so much wasted time in Second Life worrying about it like a career and dealing with trolls and politics when in retrospect the only thing that’s real on the platform are the relationships you foster with others. The only thing that separates a sim owner from anyone else is that they’re willing to pay Linden Labs a stack of money. The only thing that ever separated me from anyone else was that I was on friendly terms with the sim owners. It doesn’t work that way in real life. Second Life is not worth losing sight of what’s really important because in the end it doesn’t last and your real life will still be there.

What’s next for me on the platform? I don’t know. If an opportunity came to maybe help out another sim I don’t know if I would take it. I might if the situation was right. I’m focusing more on my real life. I’ve racked up plenty of experience to manage a whole sim and create something fun for others if I had the money but I don’t. At this point, I’m assuming that once my long distance relationship is no longer long distance, I may end up abandoning Second Life as there would be no reason for me to be there. That might sound like I’m being negative and dramatic, but it just means that it’s possibly run its course in my life and real life will go on when my Second Life ends. I really don't know where to go from here, it's been a year since I've been involved in the Second Life community beyond writing articles.

Cyfir
Posted by Bixyl Shuftan at 6:00 AM