How To Maintain a Community in Second Life 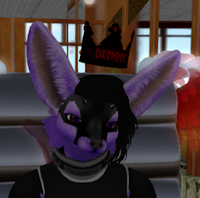 Over the course of my time in Second Life, I got the opportunity to lead and maintain a couple of communities that I was a part of as a sim co-owner and sim manager. I never actually wanted these positions, but at the time I believed in the community's efforts so much and put so much time and energy into them that the main owners gave me the positions. However, I learned a lot from the experience about what to do and what not to do in these positions. I hope to pass on what I’ve learned here so that others won’t make mistakes I’ve made or have seen time and time again from others.

Don’t treat the position like you’re above and removed from everyone. You are just as much a part of the community as anyone else. Get to know everyone. Be friendly. Be compassionate. Make friends. Only then will you truly understand everyone and get to know your community’s needs.

Don’t Fall Into The Tribe Mentality

It’s perfectly natural for humans to group up and become an “in group.” Before there was the Internet; and modern electronics for that matter, humans grouped up in tribes for safety and security. However, this can keep your community from growing. If others walk in and find that it’s hard to break into the group, they’ll go elsewhere. Welcome everyone. Invite them into your conversations. Make them feel like they belong.

Don’t Talk Behind Others Backs In Private Staff Chats

Unless it’s an obvious troll, talking negatively about other people in the group will eventually get out; even if it’s in private chats that the person isn’t in. This can cause massive amounts of drama that will make your community look bad. It may be tempting to blow off steam about someone with friends, but do that elsewhere.

Don’t Go Beyond What The Whole Of Your Community Wants

I’ve seen sim owners introduce things randomly that just end up making community members upset. For instance, one sim owner introduced a parcel area just for a group that liked to role play as children. This did not go over well with a large majority of the community, and the sim disbanded within a week. The sim owners just saw this as a way to make a certain group happy, but ended up causing drama for themselves.

It’s natural for people to be apprehensive of those in power from time to time. A way to deter this, aside from being down to earth and friendly, is to be open about why you’re doing the things that you’re doing.

This isn’t real life. People have real jobs and don’t want to come home to another. Staff are volunteers and real life comes first. You will find that you will have a constant rotation of staff if you treat things like a real business, even if you pay your staff in Linden Dollars.

Life, especially now, is too stressful to worry about Second Life as a make or break project. Have fun. Make friends. Be yourself. People will come if it’s a cool place to hang out and the people are nice. This will never be a permanent gig. Enjoy it while it lasts.

Cyfir
Posted by Bixyl Shuftan at 6:00 AM