Trying to find oldbies who are either still around, or who are willing to talk about the old days is like trying to have a lag-free Relay for Life. That is why I was so thrilled to be contacted by Pie Psaltery with a request to participate in the Oldbie Project.

I am beginning to realize that the original residents of SL were a very special breed: self-selected for creativity, intelligence, and a lack of fear for the new, the different, the “out there.”  Come along with me for a visit with the wonderful Pie, who has saved a lot from the early days, and displays an appreciation for the step up in quality that SL represented, when compared to worlds like The Sims Online.

SL Newser:    How did you find out about Second Life™?    Pie: I’d been playing The Sims Online since its beta and in early Autumn of 2003 I’d begun to hear of a new “game" called Second Life™.  TSO and a place called Cybertown (which is actually still open), were my only other ventures into virtual worlds I’d made before Second Life™.    I remember distinctly the incident that prompted me to log in to SL the first time; I was redecorating my property in TSO and complaining loudly about being unable to place furniture catty corner.  Since I redecorated frequently, this was a common rant for me.  But this one time in Oct of 2003, while I was complaining again, one of my roommates said: "You know that place Second Life I keep telling you about?  You can do that there."  I made my first SL account that day, however, because I only had DSL at my business and it was not available yet in my home area, I let that account go, rather than paying the $9.95 membership fee that you had to pay after your free trial period.  Pie Psaltery’s rez day is exactly one day after DSL became available at my home.    Here’s the email from that long lost first account: 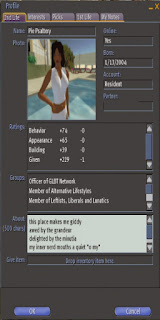 Welcome to Second Life!    You have now registered for your free 7-day trial of Second Life. Your  account name is "PieOhPah Phaeton". (Hold on to this email as a reminder. You will NOT be billed for this free trial.)    To confirm your account registration, visit the following URL:  http://secondlife.com/ss/confirm.php?c=xxxxxxxxxxxxxx    Once you’ve confirmed your registration, your Second Life account will be activated. Once you first log in to Second Life, you’ll have 7 full days of  unrestricted gameplay, free.     Best wishes, have fun, and welcome to Second Life! We look forward to  seeing you in-world soon.    Sincerely,  Linden Lab and the Second Life Team     It’s funny to me that I’ve kept that email all these years, but don’t have Pie Psaltery’s Welcome to Second Life! email. 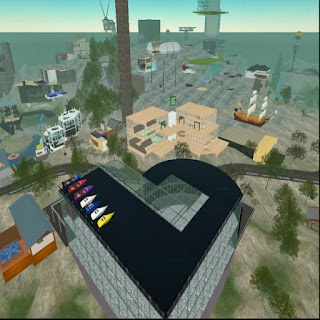 SL Newser:  What are your earliest memories of Second Life™? 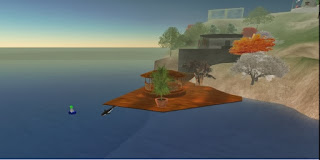 Pie: I spent nearly my entire first month in SL alone on top of a mountain in Ahern, playing around with the appearance sliders, trying to make myself look like "Pie" (meaning mostly, what Pie had looked like in TSO).  I knew only one other resident personally (one of the people I brought with me from TSO), because no one I knew had either DSL or a computer that could handle SL.  I didn’t socialize very much the first month or three, but did a lot of exploring–which was far easier when there were only a few dozen sims, even though you had to walk or fly nearly everywhere.  I loved flying (still do). 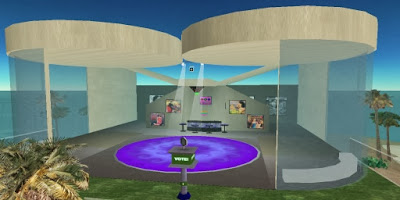 A picture of a St. Patrick’s Day shamrock replacing the Linden sun over the community center of my SL group: 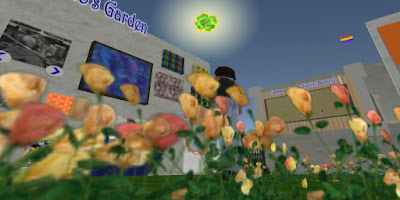 And, because I remembered I had another "When the Lindens Changed the Sun" picture. 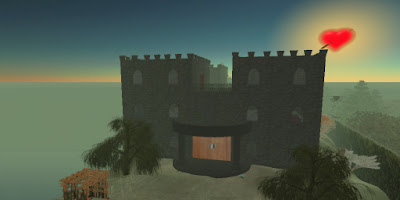 Here’s my first recorded incident of Head Up Your Own Arse, including my friend all in unloaded texture grey: 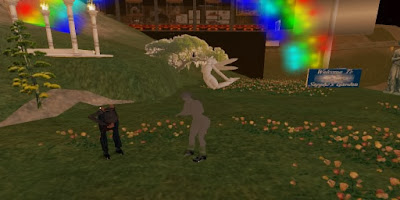