Thus far, the Oldbie Project has been challenging and exciting experiment. I have had a few conversations with residents from 2003, and all have agreed to provide me with interviews. However, none of them have been as accommodating and cooperative as Hikaru Yamamoto, whom I will call Kamui from now on, as that is her current display name. I am glad she is current, because she had a lot to share with me, and provided me with insights into some of the earliest events and trends in Second Life™. I have been blessed with photos and history that really speak to the aim of this project—to get at the lived experience of being a member of SL back in the days when everything was new.

Kamui was rezzed on February 28th, 2003! She did not know how to teleport or how to make money. There was no economy yet, and the hair was pretty awful. This video from 2003 can give one an idea of what things were like back then: http://www.youtube.com/watch?v=KHH2CAE9Y6o

Join me in a visit with a remarkable woman:

SL Newser:   How did you find out about Second Life™? 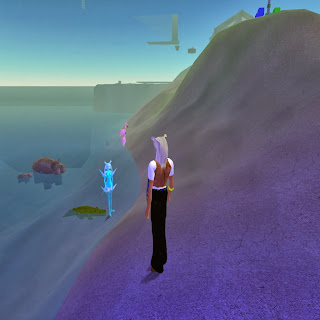 Kamui: Well, one day I was sitting in my room feeling bored and wanting to do something. I thought about searching for a game in beta to play so I went on gamespot (http://www.gamespot.com/ ) and checked out the beta section. I saw Second Life™ there and read the description. It said you could build anything you want. I remember thinking it must be too good to be true, so I signed up for it. I remember having to write down my computer specs and a paragraph on why I wanted to be a beta tester. I was going to be named Sakura Yamamoto on my first attempt. I waited for about a month to get in. I kept daydreaming about it all day every day, thinking about all the things I wanted to create. I read many articles on people already in SL and things they had created. I finally got a notice that I had been rejected because my computer wasn’t good enough. So I signed up for a second time and lied about my computer specs, and I got in almost immediately.
SL Newser: What are your earliest memories of Second Life™? 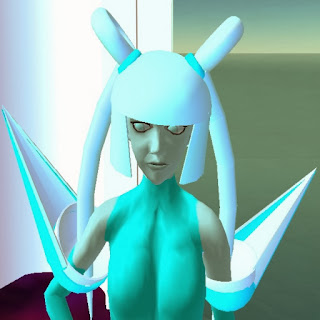 Kamui: I first arrived in a sim called Prelude. It was a bit similar to Orientation Island. Pretty much the same items but a different layout. I arrived inside a white gazebo and had a look around at my surroundings. I remember thinking the graphics were decent enough to keep my interest so I had a walk around. The first thing on my mind was wanting to change my appearance. I also wanted some privacy so I wandered down into the water and quickly found the appearance mode button. I started changing my avatar into the anime character I had planned to be. I changed my hair and basic clothing and then suddenly I got a message pop up. It was asking if I would accept a calling card from someone. I don’t remember who exactly except that it was a Linden. I didn’t know what a calling card was so I just clicked the decline button and went on changing my appearance.

Pretty soon that Linden approached me underwater and asked if I needed any help. I said no thank you and he walked off. When I was finished changing my appearance I wandered off back on land and started following the path. At the end of it was a gazebo and a large gap in between. I couldn't cross over by walking. But then I spotted that Linden on the other side in the gazebo. He told me I needed to learn to fly to get across. So I just took a giant leap instead and I fell all the way down the gap into the water. I looked up and around and saw some words on the side telling me to hold up to fly. So I followed the instructions and flew upwards. I flew over to the Linden and he told me how to exit into the mainland.

When I arrived at the mainland I was at yet another gazebo. This one was a bit different and there were people around me and there was a sign showing a schedule of events. I remember following another path that went over a small bridge and then just stopping. I was used to games showing me where to go but this was different. It was just open for me to go anywhere I wanted.
SL Newser: What kept you logging back in during the early days?
Kamui: Everything. The people, creating things, the events, the games, and our group.
SL Newser: What are your fondest memories of the early days? 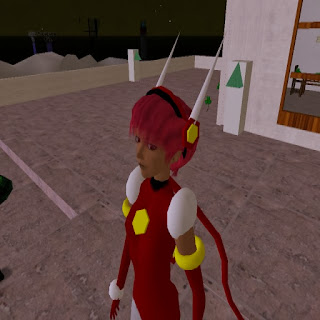 Kamui: So many memories to choose from. One of my top memories was when I had found Philip Linden (aka Philip Rosedale) sitting alone on top of the highest mountain in SL back in 2003, right after the new sims were launched. I didn't know they could create new sims before that. So I asked him how many sims he could create. He replied to me infinite, and my real life jaw dropped. I told him that I thought SL was going to be big in the future, and he said he thought so too.
SL Newser:  What are your funniest memories of the early days?
SL Newser: There was a rumor going around sometime in early 2003 about an alien in SL abducting people. Then one day I was just walking along and I saw my avatar lift up into the air all of a sudden with no warning and found myself inside a spaceship. A green alien by the name of Ope Rand approached me and informed I had been abducted, but instead of the probe I was given a tee shirt that read: “I was abducted by aliens... and all I got was this stupid shirt.”
SL Newser:  Did you fall in love in Second Life™?
Kamui: That I can’t really go into... I’ll just say no. (ED NOTE: I am finding this to be a question that many people evade. However, I will leave it in the list of questions I ask, because, well, I am nosey.)
SL Newser: Who was your favorite Linden? 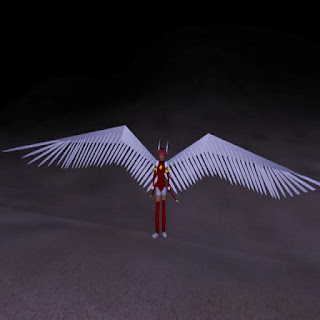 Kamui: So many... all of the early Lindens... Philip, Char, Dan, David, Ian, Tanya, Hamlet, Lee, Michael, Haney, Andrew, Bub—to name a few. I had already known Torley before he became a Linden. It still says Torley Torgeson in my inventory, but when opened reads Linden.
SL Newser: What were your favorite activities?
Kamui: I mostly built things, designed my avatar, and created anime items.
SL Newser: Do you still log in? If not, why not? If yes, what keeps you coming?
Kamui: Of course I do. I will always be around SL as much as I can. I feel like this world was built for me. I love being able to create what I want, it’s something I had dreamed about when I was a child for a very long time and now I have it!
SL Newser: What would you like the world to know about Second Life™?
Kamui: I want them to know about how wonderful it is. A lot of people don’t really know much based on reviews or advertisements. They assume it’s just another sims game or an IMVU type game, or that it’s all about sex. But SL is much more than most of them can imagine. The diversity, there are some things you can only see in SL.
Imagine spending your days with Lindens all around! By the time that I joined Second Life™ the Lindens only showed themselves during office hours, and seasonal special events such as the annual holiday snowball fights. Now, I only see Lindens during office hours. Thanks, Hikaru, for an enlightening and enjoyable interview.
NOTES:
Darwin Appleby, a good friend of Kamui’s in 2003, was known for many things in SL. He started the legend of the hippo in SL, and his short-running talk show, Late Night with Darwin Appleby ( http://secondlife.wikia.com/wiki/Late_Night_With_Darwin_Appleby ) , was popular with the early beta members. Although it only ran a few times, it was attended by Philip Linden, and others. What most people never knew, but Kamui told me, is that at the time of the shows Darwin was only 12 years old! I hope he’s running some big tech company now.

Kamui kindly shared event schedule notes from the early days. My inspection of the notecard showed that it was created by Char Linden in 2003. It seems you had to pay to teleport, and good hosts would reimburse you for attendance at their events! Here it is (greatly edited for space by me):

*  *  *  *  *
Welcome to today’s schedule! You will find all of today’s events, times locations and more! Events are a GREAT way to meet people. Host your own event too!
To copy a landmark double-click on the thumbtack. It will ask if you want to copy to your inventory. This landmark will help you to find the location of the event! Click on the landmark now that has been copied to your inventory and next choose to fly (free) or teleport! Have Fun!
3:00pm PST     Virtual Basket Weaving
Virtual Basket Weaving. Join Candie Apple to learn how quick & easy it is to make baskets for decorating your home or store, or to give as gifts. Make as many as you like, and then enter them in a contest for Best Baskets. $500 total Cash prizes will be awarded.
Hosted by: Candie Apple
Date: Thursday, June 19, 2003
Time (PST): 3:00pm-4:00pm
Duration: 60 minutes
Category: Fun & Games
Cover Charge: No
Location (simulator name): Native American Village on Oak Grove
___________________________________________________
4:45pm PST     Tour New Sims!
Come to the Guided Tour start in Ahern and let’s see what new exciting sims have been added. Take this opportunity to teleport for free (reimbursement) and meet some new people!
Hosted by: Char Linden
Date: Thursday, June 19, 2003
Time (PST): 5:00pm-6:00pm
Duration: 60 minutes
Category: Fun & Games
Cover Charge?: No
Posted by Bixyl Shuftan at 6:00 AM