Your name says who you are, and helps you aspire to who you want to be. 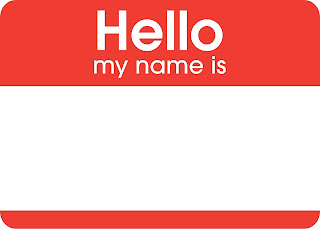 Prior to 2010, a Second Life person could create their first name, and pick from a list of available last names.  The choice of last names changed regularly.  Before 2006, a last name would be retired after 150 residents selected it.  Then in 2006, when the popularity of Second Life boomed, the names would retire after 1,000 residents chose it.  These are called Heritage names.  In 2010, Linden Labs changed their unique Heritage name option.  Now, everyone who signs up, automatically gets the last name of "Resident."

One cannot snipe old account names, Linden Labs says they do not purge them.  I remember playing Neopets, and the grandfathered pets, as well as the pet names with the least amount of letters are very coveted.  In fact, there's a whole website dedicated to the name purge and the ability to adopt all pets that haven't seen their owner in ages.  Alternatively, however, one can purchase an old Second Life account name, there are a few websites for that, they usually go for about $40 USD.  Although, whether LL actually condones this or not, and whether or not it's worth trusting what you're buying, is rather a good question to pose to oneself before taking any action.

With all the new registrations to Second Life, the automatic last name of "Resident," limits what first names are actually available.  For example, one might need to add numbers to their original idea for a name.  This does call for some creativity.  I personally like opting for a two word conjunction of something nobody else is likely to think of.

Once that's settled, one also can add symbols to their display name.  This is another name you can have, in addition to your account name.  It's important to note that a display name will not affect one's original account name.  For instance, if someone looks you up, they will find you by your original account name, not your display name.  So do put some thought into it when first signing up with an account.  However, do not fear, as you can only use letters and numbers to sign up with, you can change your display name into a veritable cornucopia of unicode (a string of characters up to 31 characters long).

Unicode is not to be confused with alt characters one can use to make gestures.  Alt characters are made by typing the ALT key and using the number pad to create symbols like this:

You cannot use alt characters in your display name.  Second Life display names only take unicode.  In the Additional Information I have listed at the end of this article, at the first website, you will find a fascinatingly endless bunch of characters you can copy and paste from.  You are sure to find the specific characters that suit you just fine.

Now, I did want to touch a bit on being too fancy.  You want to make your display name readable.  Have mercy on those poor host's souls when you walk into a venue... otherwise you will be greeted by the name you signed up with, if your display name is illegible!  The good news is that you can change it again every 7 days, or you can reset it at any time (which will make it appear as your original account name).  If you make your display name just a fancy version of your original account name, you don't have too much to worry about.  But if you change it completely, the more readable it is, the better.

For example, this is how my husband, Jon, changed his name:  Not that much different than his original account name, just a bit fancy.  He says he's not too happy with the "s" at the end, he was picturing a fancy lightning bolt, but it came out looking like a "h."  He's also not too happy with the "J" at the beginning, as I see on the Nearby Avatars window, all the letters in his display name become bold but that one.  He'll probably be fiddling with it in the next couple weeks or so, so it does take some practice and patience.

One of my merchant friends, (lossip.delicioso), had this to say about her lovely unicode name, "To be honest I saw other people with a cool name and was like wow!  I want that!  But when I was looking at their names I didn't like different letters.  So I just went down my 900 friends and picked each letter one at a time until I found the unicode that was 'me.'  I've brought friends from other games to SL and they saw the hearts in my name and stole them for other games we play!  I was really upset!  I was like... NOOOOO you can't just thief my Lolly heart.  That's MY heart.  I rarely saw it when I first re-did my name.  So I thieved... and then my friends thieved me....LOL.  I changed my last name because of my husband on SL Vice Fortune.  When we first started about 8 or 9 years ago you had a choice of different last names.  Then they changed it to Resident for all the new people.  I heard it was because different last names like Blackheart were on a server that was overwhelmed.  Where last names that were not as popular like Delicioso were underwhelmed.  So to be able to shuffle people around."

Another one of my long time friends and past manager, (mahtala), had this to say about her name, "I picked out my display name, Gothikrose, when I was 16 years old.  At the time, I was really into Gothic music and the internet was just coming into popularity.  There were a lot of interesting names but I felt like mine represented my personality the most because a rose can be elegant and beautiful, yet hard to hold.  Which is exactly how I still feel.  I've kept my name since like 1996.  For the Unicode, I wanted to do something more with the K in my name, like trying to get it to look like a gothic cross.  But it doesn't display well.  I used a stylish text generator on the web, because the K just looked so strange in gothic letter form.  And I wanted the scale to look a bit smaller and uniform.  But the R looks much more interesting to me, flipped.  I actually like how the text looks for witchhouse music, lots of symbolism but because of font issues I just picked something that was readable.  [It took] Many tries!  Especially since I'm a graphic designer who has taken typography classes, it was a lot of messing with the kerning and structure.  But the generator got it the best." 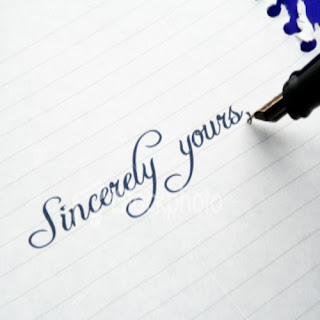 Conversely, this does give one a chance to express themselves more artistically.  For example, if you're a child avatar, a few scribbling looking unicode characters would be exemplary in a display name.  ...Dragon?  How about a few puffs of cloud looking unicode characters?  The possibilities are virtually endless!  It is YOUR Second Life, embrace it and cultivate it with YOUR proper identity!