My Tribute to Breezes 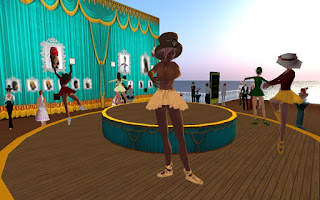 Breezes Babbi was my friend in Second Life and real life. I met her several years ago when  she was a subscriber to  my hat group. She stood out simply because she was one of the few who took the time to thank me for giving hat gifts and then she would send me photos of herself wearing them! I realized right then and there she was pretty special and we became fast friends. She eventually became my store manager and even modeled for me in one of my first fashion shows.

Our Second Life friendship  graduated to real life friendship with Skype conversations and phone calls, and I learned that she did not have an easy real life which was fraught with health issues. She rarely complained, even though she came close to death many times but fought back with such courage, she seemed almost invincible. We all thought she was going to bounce back from her last bout as she had done in the past but I think St. Peter and the angels were finally ready for her arrival. 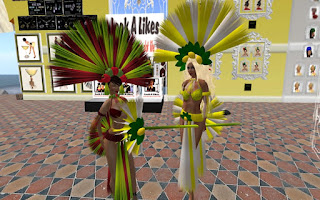 In the last months of her life, I was in constant contact with her family,  particularly her daughter in law (Brenda) who was completely devoted to her. Brenda was sincerely touched and appreciated the outpouring of sentiments by friends and communities Breezes was involved in. The following is a short message Brenda sent me after learning  about the Tombstone Memorial which was organized to honour Breezes. It gives  a glimpse into the real-life Breezes (Jeannie). 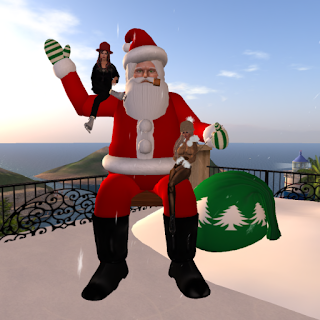 "A few things about Jeannie. She absolutely loved to sit on the deck and watch birds. Bluebirds were her favorites followed very closely by cardinals. She really liked her Kindle. She would read detective and murder mystery. Her TV was always on the food network. 24 hours a day. She loved shopping online. Food, clothes, dishes, etc... (laughter). The family had a beagle named Daisy about 40 years ago and she always talked about her Daisy. Still has a picture of that dog. She was smart, but very naive in an old fashioned kind of way. Very friendly with a soft marshmallow for a heart. I told her she was my magical genie. She would laugh and joke about falling off of her magic carpet because she never learned to drive or to even ride a bike. She was born with tremors in her hands and it limited her. She always hated that. She especially hated to eat in front of people thinking they would notice. She was right handed but had to learn everything by using her left hand. Very determined lady with a desire to make it work."  - Brenda

So as you all  see, Breezes was as kind, sweet and smart in real life as she was in Second Life. Rest In Peace dear Breezes. I was truly blessed and honoured to have you as a friend in Second Life and real life. I  miss you.