Jasmine Dawn on The Halloween Haunt And Her New Computer 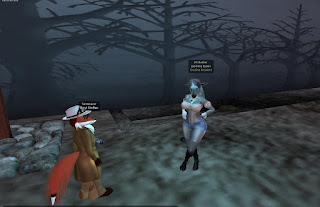 There's a club tradition at the Happy Vixen. Every October, a Halloween-themed build goes over the club. Over the years, it's had something different every time. The creator of each of these builds is Jasmine Dawn. This year, it's a double build. There's a haunted house for club events. But there's also a spooky maze for people to try and find their way through.

Just before it was completed, I had a few words with Jasmine.  She was at the haunt, but the public door had yet to be set up, the only one active being one only a few she told knew about. "A sneaky way to keep people out of here while I work above the club," she called it. 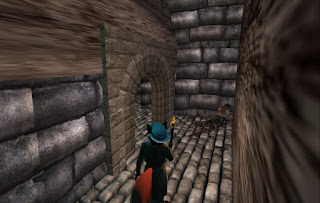 Jasmine had done mazes before. But she called this one, "My most complex maze to date, at over a staggering 1600 prims.  Brandi loves mazes and gave it a go last night. She was lost within minutes. ... She uses the trick that if you follow a wall around all the twists and turns, that it will lead you to the exit, (a) process that many maze runners use. ... I used all that I know to defeat the usual tricks people use to solve mazes. One such trick I used is pitfalls. (It) drops you into a sub area with four ways out. One stairway will hinder you and leads nowhere. Two will put you close to the exit. And one with a bit of navigation and negations will put you back on the right path. Not to say there isn't other, surprises, in the maze."

It was decided to close the Happy Vixen for club events for a week for Jasmine to do the Halloween build. Jasmine felt she could do it in less time, but felt a few extra days wouldn't hurt in case something happened. As it turned out, something did happen. "I had played some Minecraft that morning and then had a chat with Nydia, a short chat with Kryxia, and then had to go outside and do some needed maintenance on my car. ... I had left it on, it would go into sleep mode when not used for more then 30 minutes. Came back and sure enough, sleep mode, or so I thought. But the lights in the keyboard was out and the lights in the mouse was off. No response whatsoever. I powered it down and commenced to take it apart to see what had gone wrong. I finally discovered popped capacitors on the motherboard and burnt circuit paths.  It was non-recoverable." 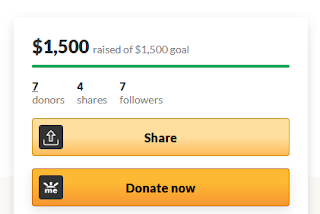 With her computer gone, she took her smartphone and gave her friends on Second Life the bad news, "I let everyone know. Kryxia the next day surprised me by having set up the GoFundMe. I thanked her, but during this Covid-19 pandemic I was thinking realistically that people was already having a hard enough time, that we couldn't or wouldn't meet the $1500 goal. I know people has it tough right now. Many people out of jobs and having to scrimp and scrap to get by. I honestly didn't expect us to make (the) goal.

"But thanks to many generous donations from all my friends, we met goal and then some. There was a last minute donation that covered the gofundme sites fees and a additional $200. The final total raised was $1700. I was quite literally speechless and it brought me to tears, knowing what everyone had done. Everyone pulled together to help me. Even my brother while he is in Rehab for his legs, he allowed me to use his desktop computer to be here now. Normally we fight and argue, but he was actually cool with me using his system. Not like he can use it where he is currently. And to note, his legs are getting better. I prayed he would get to come home soon." 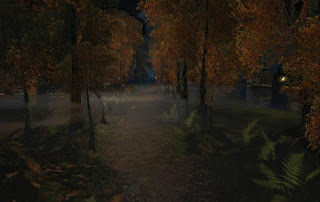 "One the workers at the Rehabilitation center tested positive for Covid-19. The place enacted a 28 day mandatory lockdown. All residents are confined to their rooms and the only saving grace for my brother is his XBox. He's slowly learning to play Ark: Survival Evolved. So while he is there, I am here taking care of myself, my Dad and his house and area, his livestock in the mornings and afternoons. He claims it's boring, nobody except him and the critters here. He sleeps a lot, watches his hunting shows." When I asked if he applies what he sees there to the Ark game, Jasmine answered, "He's struggling to build a base on the Eastern Side of the Island Map, complains that the raptors keep getting him. 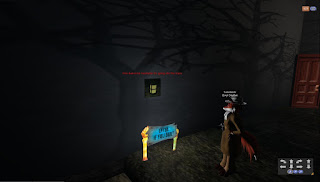 "Back to the computer and the GoFundMe.  Due to a time period on the funds transfers, I have to wait to receive the funds from Kryxia. Once I receive the funds and place the order, the parts should arrive within a week, two at most. And then a few hours for assembly and setup. I could be up and running on the new system by the middle of October.

"I wanted to say thank you to everyone that helped me, everyone that contacted me, those that gave of themselves to help. Some couldn't but wished they could. I asked that people do what they can and no more. To not short change themselves for me. I've been helping my dad with his bills and helping take care of both his place and mine. I was already on a budget and the death of my computer would have sunk me into debt. 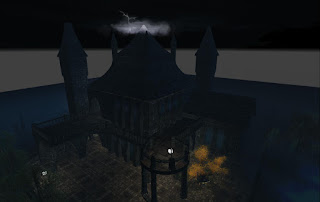 Giving the maze a try, Jasmine recommended a light source. She had a lantern rezzer by the entrance, the lamp originally made by Richard Linden. The corridors were grimy-looking brick with an occasional spooky sight such as a dead body. Trying to navigate it, it wasn't long before I fell into the drop-zone underneath. Then there were the eerie noises, which could be disturbing-sounding heavy breathing to cries for help, to animal growls to sinister laughing. While it's likely to frustrate you, it won't be boring. 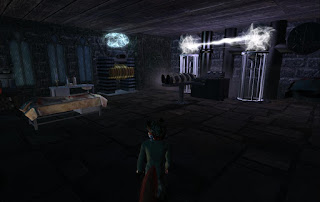 As for the rest of the Halloween Haunt, much of the upper ground consists of a spooky forest with a misty fog covering the ground, with  a pumpkin patch to the side. Walking to the back is a haunted house, with a cloud with lightning just overhead. The lower floor is the dance area. The upper floor is a tribute to a certain movie monster, with some "mad scientist" equipment around, including a table with someone strapped in. Anyone wanting to tip Jasmine for her work can do so with a pumpkin tip jar on the lower floor.

A delightfully spooky place fitting for the Halloween season.

To get to the Halloween Haunt, head to the Happy Vixen, and go through the door in the middle of the dance floor.