After the Redheads, Not One Team But Two

It was last week in which the Relay for Life team the "Passionate Redheads" officially disbanded. Although this move was expected by some in the group, the reaction was still sadness, even tears. One expressed that the Redheads were her introduction to the Relay For Life, and this move made her feel she was saying goodbye to a good friend.


A few days later, there was another announcement from  Redhead Co-Captain Dusk Griswold, whom felt there was a need for further explanations. 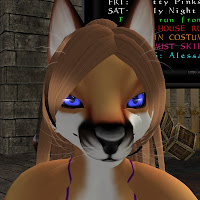 First off, this decision was not done lightly. I gave it a lot of thought ever since the end of last year's Relay, and after several months, my thought was it was time to start fresh.  Lom, Sabine, and I discussed things, and we were in full agreement that it was time for a change.

I do want to make it clear it was not any single event that lead to this decision. I don't feel it is the Redheads way to point fingers or place blame on anyone, and I will not do that. I will say that several events from last year contributed to the decision, but was not the only factor.  A big factor is just plain burnout. There is a lot that goes on behind the scenes, and I know Sabine was seriously burned out. I am also burned out, to the point where I may not even join a team this year, although I will still be attending events and helping when needed. 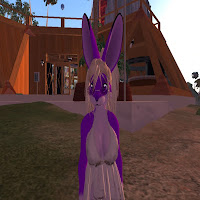 Even before the decision to disband, there was some talk among some about a new team. And on Friday Jan 25th came an announcement from the Sunweaver community, of whom many of their numbers were part of the Relay team. Rita Mariner, the community's leader, would be forming a new team to take the place of the Redheads.


Sunnies:  For those of you who know what the Relay For Life is, It's the International Fight Against Cancer.  We Relay once a Year to raise money to continue the fight.  Anyways, the Passionate Redheads Team has disbanded, so I have started up a new team, the Sunbeamers, to replace it.  If you are an old Passionate Redheads member and want to join the new team, welcome.  New member, join up?  Contact me.


Rita Mariner wasn't alone in planning a new team. The following day, there was an announcement from Redhead Co-Captain Lomgren Smalls. 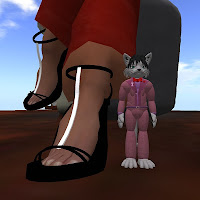 I know Rita has already announced her new RFL team following the retirement of the Redheads, but I have also been planning on captaining a new team this year.  That's what happens when we don't talk about our plans, heh.

I am planning on calling the team "Micro Madness," and everyone is welcome to join, micro or not, human or furry/etc.  If you have already joined Rita's team, that's great, and I'm not intending this to be a competition about which team is better.  Let's fight cancer TOGETHER!


These wouldn't be the only two teams to come from the Passionate Redheads. In 2011, a number walked off and formed a team of their own, the "Inspired Dream Walkers." In a 2011 interview, then Co-Captain Daaneth Kivioq commented they thought the team had become too large.

Dusk commented in the second part of her announcement that in her opinion, it didn't matter whom was on what Relay team, as long as they were in the Relay.


... I feel that the RFL and the teams are really about people, not the teams. It doesn't really matter what you call yourselves, we are all in the same fight, and I do hope everyone will still keep fighting. We had a great run, and have a lot to be proud of.  I don't see this as quitting or giving up, but rather a chance to renew and start fresh. It's always been a personal belief that even good things eventually come to an end, but I also feel when one door is closed, another opens. I don't know what the future will bring for us, but I am excited about it, I am looking at this as a chance to move on and do great things.

As long as we Relay and fight cancer with passion, the spirit of the Redheads will live on. Let's never forget that passion, and why we do this. It has been a great honor to have you all on the same team, and I look forward to working with you  again as we keep fighting the good fight.


And so, the former Redheads are starting to adjust to going to the Relay without the banner they'd Relayed under, for some the only one they knew. With the Kickoff still a month and a half away, much can still happen. But what is certain is the struggle to fight cancer goes on, and the former Redheads will be going ahead with the Relay.

The Second Life Newspaper office makes it's home in the HV Community sim, next to the Sunweaver sims.