How to Run a Club

There are many ways to run a club. Several have different themes for the club itself, steampunk, country/western, biker, outer space, beach club, fantasy, retro/classic, techno, gothic, heavy metal, punk etc The music  played may or may not match the club style or a contest theme  Some have contests with prizes to bring people in. Boards can be set up in a number of ways, everything from everyone can join and vote, to only group members may join and only those in the contest may vote.  Some clubs have a single board, while different clubs may have two, separated by gender or contest entries, some are even designed so that those who stay for the entire event have more of a chance to win. 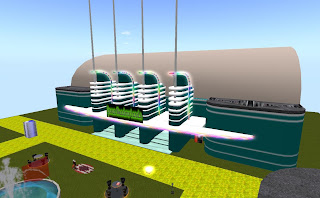 It can be winner take all or split so that everyone with a vote gets something. Sometimes there is a fee to enter the contest, which adds to or even makes up the entire prize. Certain clubs welcome all sorts of avatars within reason(nothing insanely huge or that breaks terms of service rules)  Others are limited to say humans, men or women only.

Some clubs have bars, games, trivia and or exotic dancers to bring guests into their clubs.  Several clubs use hostesses to run contests, promote events, support DJs greet people, give out tags and make conversation with guests. Hosts and DJs may be paid an hourly wage on top of tips in some cases, in others they may work for all tips, where you provide your own tip jar, usually they don't take a cut of tips, in other cases in which they provide the tip jars, a percentage of tips is often given to the owners which can be anything between 10-20 percent of tips. 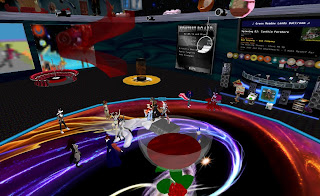 Other clubs may only have DJs, and rely on the DJ , club manager or even the other to send notices.  Most clubs send 2-3 notices, one a few minutes before the event, one at halftime and occasionally at the start of said event as well.  Sometimes the DJ and/or host is required to promote products/services or nearby shopping.

Some clubs have sploders, which is a kind of gambling allowed in SL.  In some cases they give a little money back to each participant.    Many clubs prevent currently working staff from entering the contests.  In some cases the host and greeter are separate jobs, the greeter is basically just that, says hello, welcome to the club etc and possibly gives out group invites/tags.

Some clubs have a bar tender who both roleplays and uses bar props to simulate a real life bar style experience.   As far as applications they can be anything from name, times available and one or two basic questions to a few pages, describing a number of hypothetical scenarios.

An example of a particularly poorly run club, is one where they spam members with notices every 20 minutes.  As well as not removing old staff who do not actively work there.   Gesturbating by guests is tolerated.    There is no set schedule.   Hosts are expected to promote the radio, with no contest, in a club that lacks, games, a bar, and other forms of amusement to draw in guests.  Staff is required to put up their own money for contests, and even when the contest is paid for they may have to front the money as it is not given to them in a timely fashion. Come as you are is a common theme and being naked always qualifies.  This results in many people bringing in alts, who vote for each other, knowing they will win something with any votes, who stand there unresponsive for most of the event.

While I don't pretend to be an expert on this subject, this is based on what I have observed/ experienced over the last almost year, working in clubs and being a guest at various clubs.

Kitacelia
Posted by Bixyl Shuftan at 6:00 AM