Even with the departure of Pramiil Magne, a Guru or Teacher of the ashrams of the sims at
Airtol Hill (67/242/61), the mediation upon Brahma is still going on. In real life, Pramiil has been a Guru for over thirty years. He said he was lucky to have two Gurus, Babaji and Baba, that he met in real life. 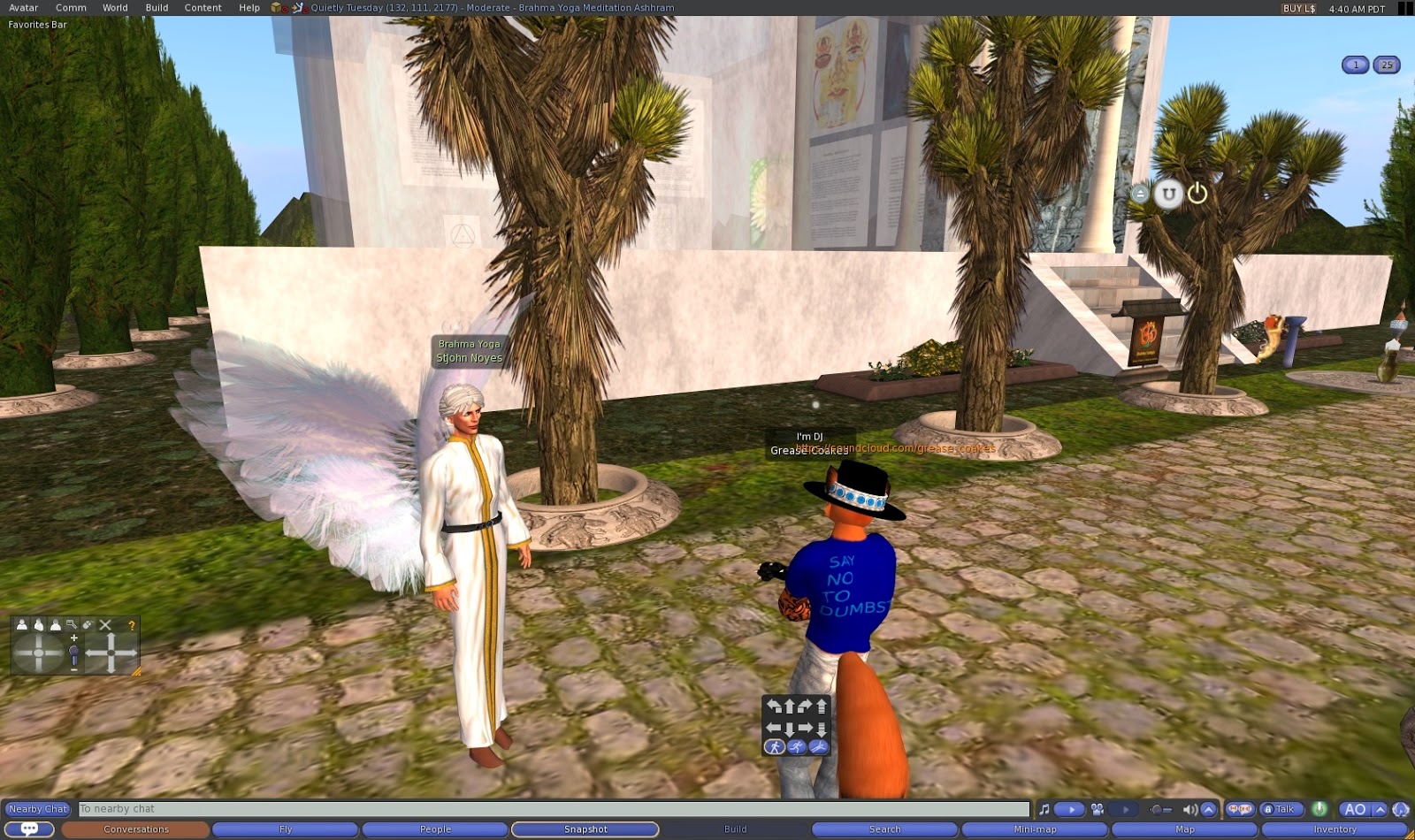 When Pramiil left Second Life to be more involved in real life, his students like myself missed him dearly. To honor his teachings, we still have classes and spiritual dancing in the ashrams. Stjohn Noyes himself over voice said he had a funny sense of humor and a funny laugh. We both wished Pramiil to return in Second Life, but at this point and time it seems very unlikely.

Stjohn and I both miss Pramiil dearly. As I remember, his catch-phrase over Voice was “Time to wind up class.”

Stjohn also made the comment over voice that I didn't think of that Guruji's or Pramiil's energy was still active in the many ashrams. Even though his avatar is long gone, over a year, his energy is still around after teaching and guiding meditations for so long. 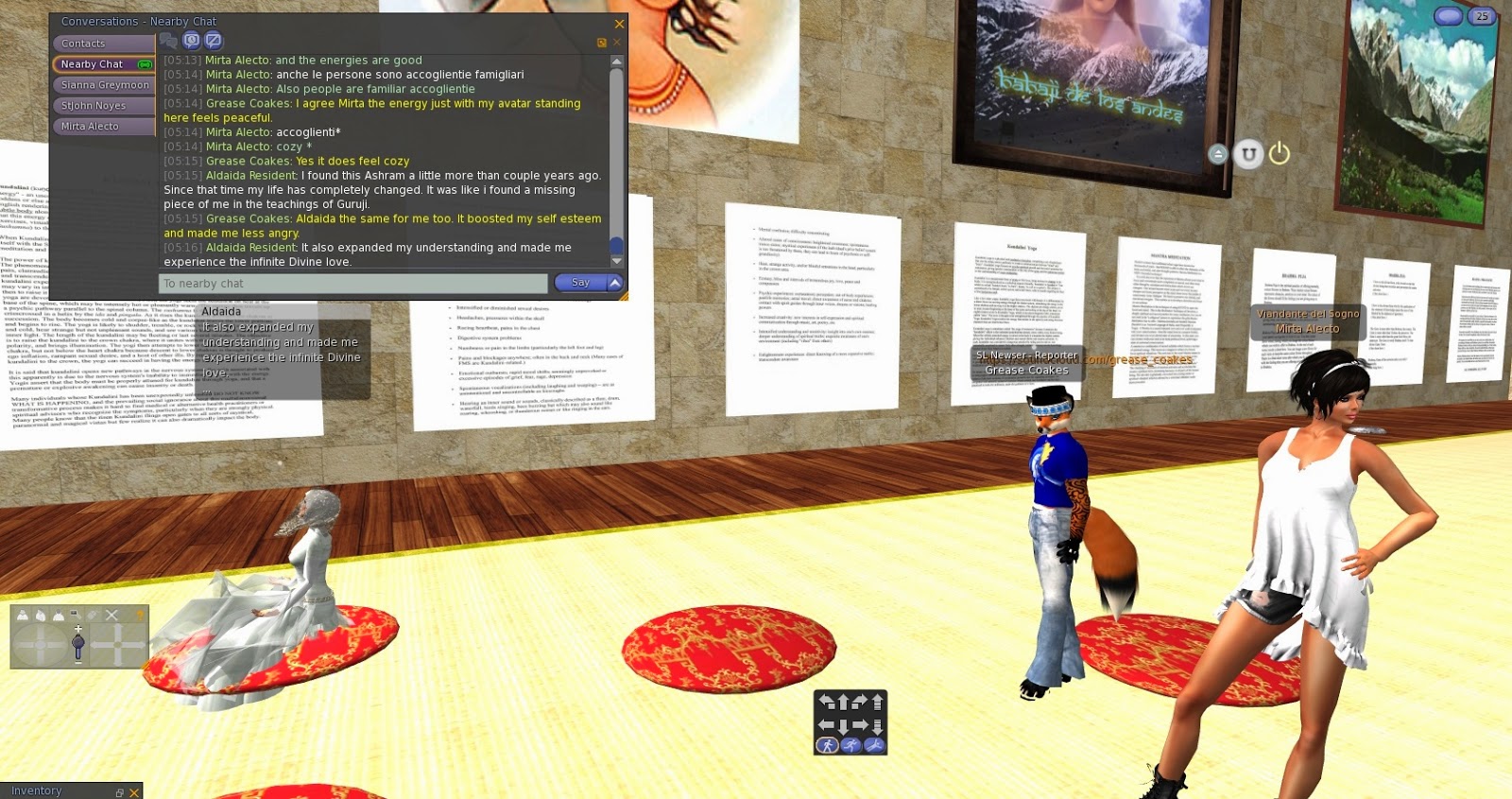 Stjohn said he had other things to do, so I went to talk with Aldaida Resident and Mirta Alecto, both students of Pramiil's teachings they had these things to say.

Aldaida Resident spoke, "I found this ashram a little more than couple years ago. Since that time, my life has completely changed. It was like I found a missing piece of me in the teachings of Guruji."

Mirta said the energy at the Babaji ashram was good and cozy. Also that she was used to familiar people that are her classmates. She was speaking in Italian but her words were translated into English through an SL attachment. 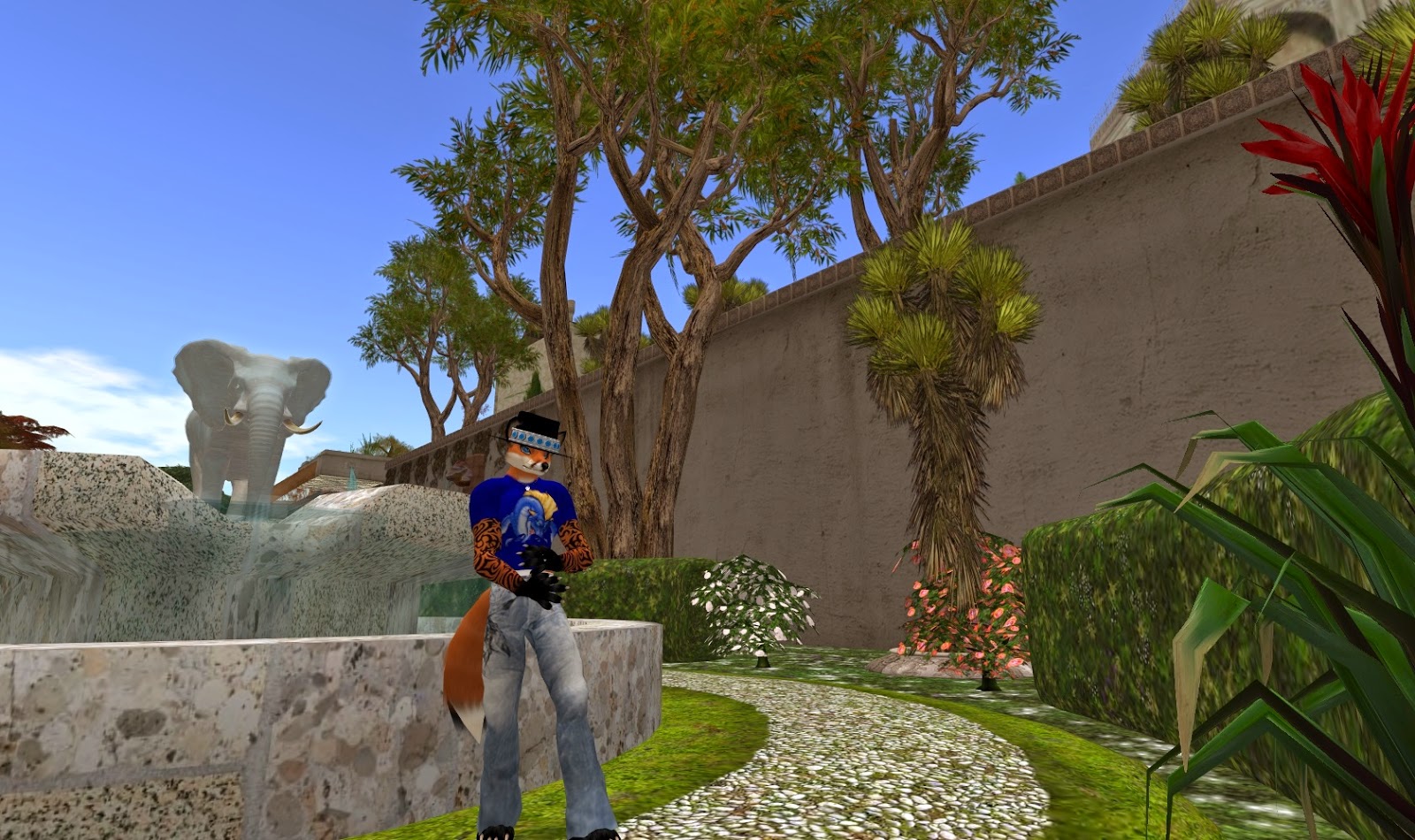 Aldaida had this to say as well, "If I had to add one more thing is that although I miss Guruji, I am happy that Stjohn is taking care of this ashram now. Guruji made the best choice to pass the ashram to him. He is indeed the best person for this."

Mirta Alecto was saying Stjohn is a mirror which we reflect ourselves. Dominater Haven, who logged off before I could catch a hold of him, is the main builder of the ashrams. Before, it was Pramiil Magne who built the ashrams and temples. Now Dominater, who Stjohn told me is doing a wonderful job, is a professional who does quality work. He built upon the old Brahma Ashram and improved upon it, making it seem very realistic. Right behind the Shiva Temple at Airtol Hill (131/208/30) is an amazing view that Dominater built. 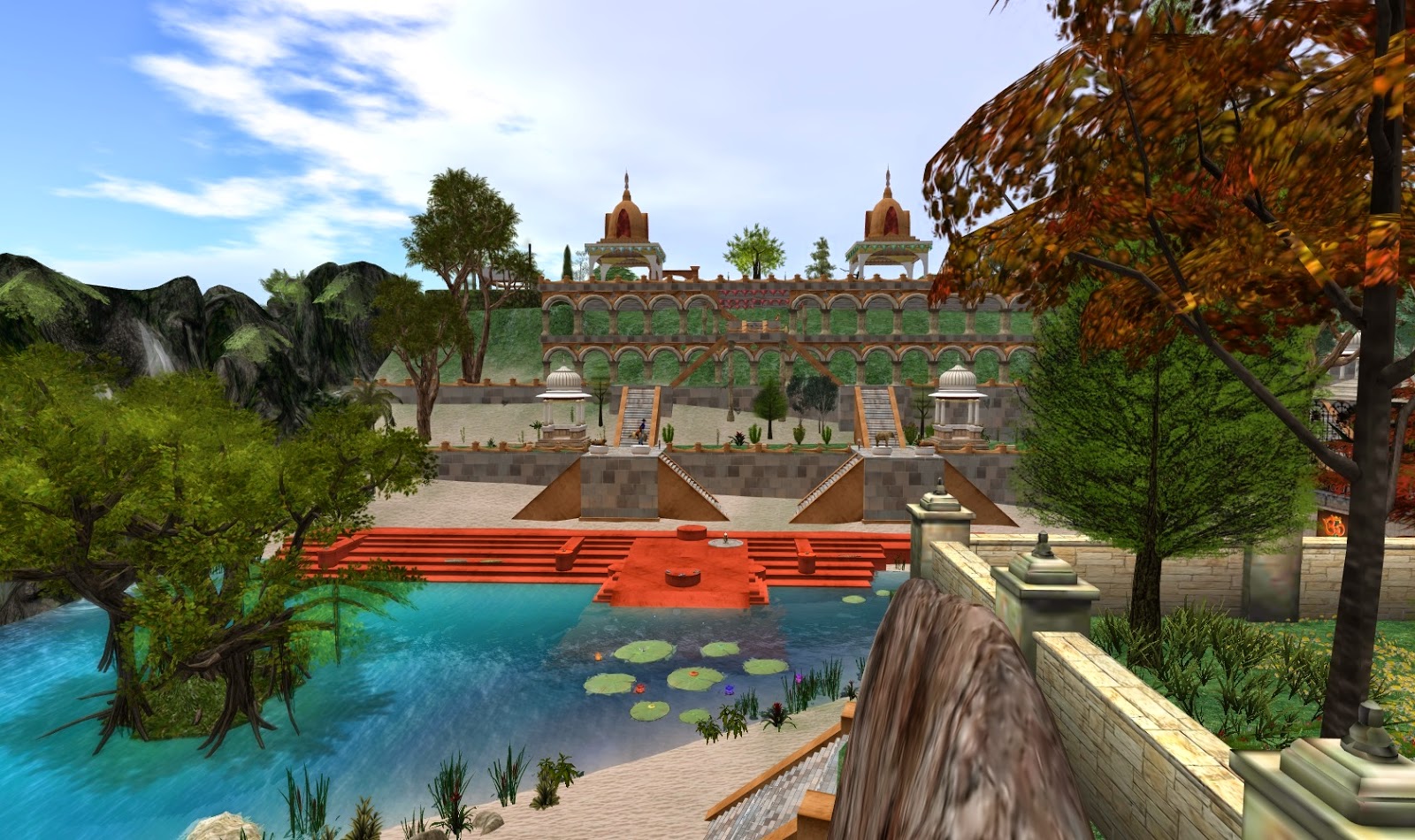 Not only are there lovely ashrams, but Dominater is a building wizard with gardens and a fountain I found with an elephant. One of the gods of Hinduism is Ganesh, A furry version of an elephant. He is seen as a god of wisdom and knowledge.

Stjohn said anyone is welcome to come participate in Brahma Yoga classes. With Pramiil gone, he was put in charge of the ashrams and teaching classes. One of the classes is at 4AM SL time at the Shiva Temple at Airtol Hill (131/208/30) on Saturday. On 5AM SL time spiritual bajons, or songs, and meditations are at Quietly Tuesday (205/131/35).

Or also if you wish to explore and see the wonderful sights feel free to explore the ashrams and gardens.