Last names to add to whatever first name you picked when you started your account on the grid. My example is that Your first name is just coffee by itself. The second name adds character to your first name like coffee creamer adds flavor to coffee. Bixyl sounds ok but Bixyl Shuftan sounds better. 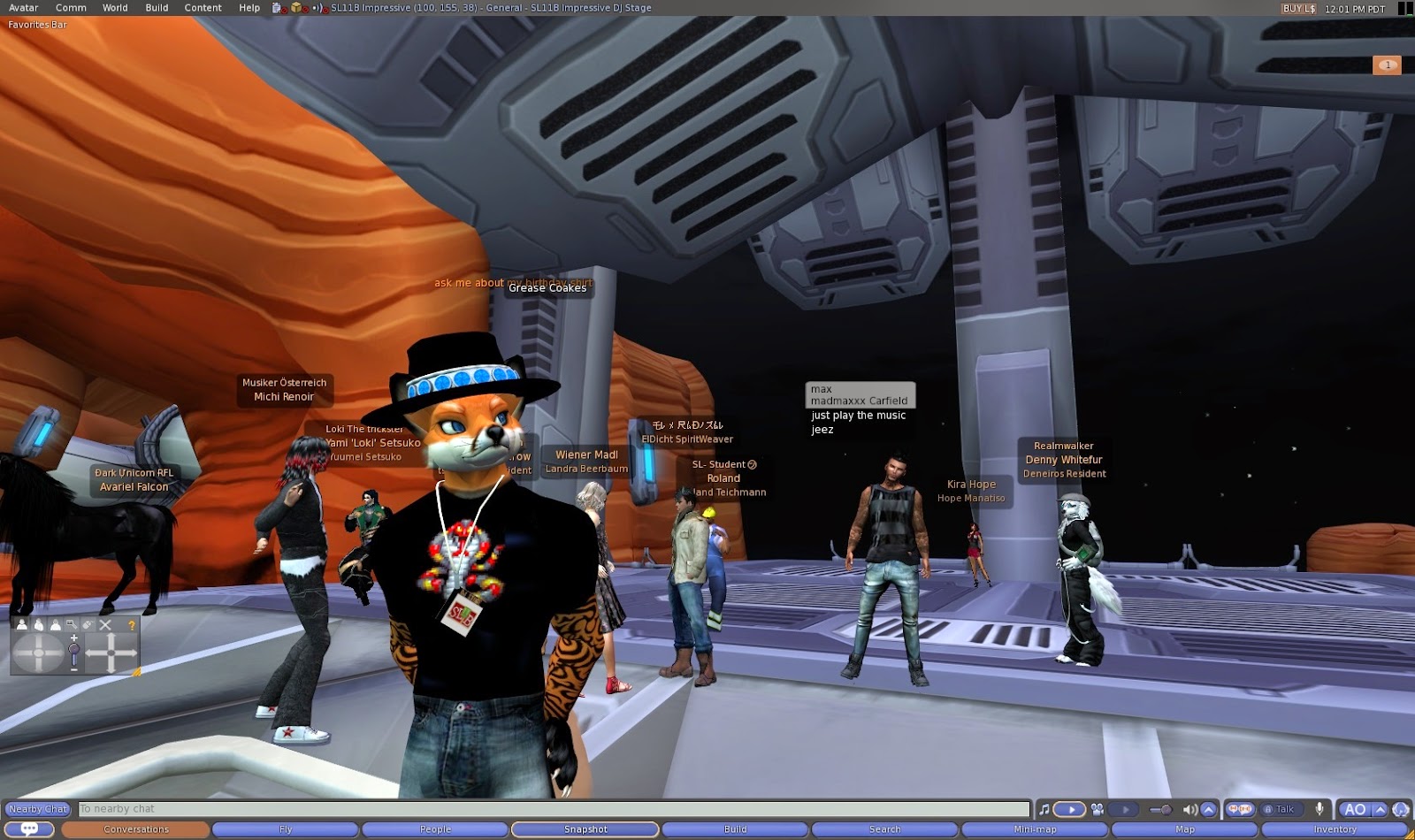 I've noticed that a lot of avatars who were created before Second Life made the change to give everyone Resident last names had last names to fit their last name syllable wise. (Maybe it was just a happy accident.) For example

Grease Coakes Each name is a single syllable. Funny thing is I picked Coakes when I started my SL account not caring about a last name I just wanted to start exploring whatever Second Life was.

Not every last name follows this formula, but most name combos do. It's a part of Second Life that adds to your account and reputation.

I remember talking to a random person around the time of my 7th SL birthday and she was around my SL age. She happened to say I was the only Coakes she ever met. I tell her, "Really?", not really buying it. But it's a good conversation starter.

“What you met a Dagger? That's cool!”

“You mean there's another Griswold? I thought I was the only Griswold in all of SL!”

I make this comment to Bixyl, my boss at the SL Newser in IM. He says the same thing, “Yes Grease you're actually the first Coakes I met.”

When I think about it, I imagine Bixyl might be right. I maybe know a few other Coakes people, which would be under the fingers on my hand. Maybe two or three? Of all the avatars of Second Life that's not really a lot.  What's werid is I barely talk to these people. You'd think having the same last name would make us cousins or somehow connected but I guess not. 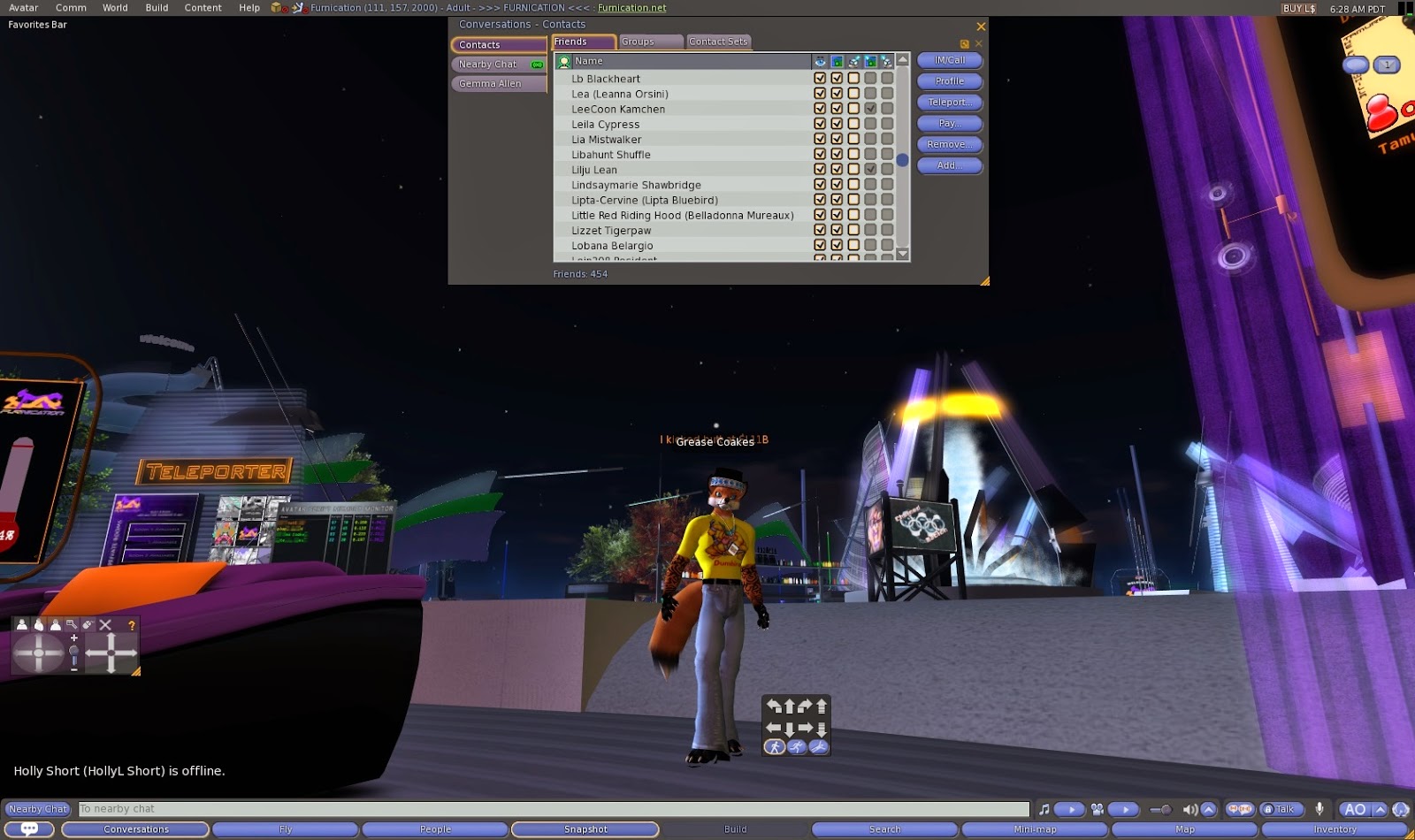 Bixyl's right though. I logged on to SL just to see something. I looked through my friends list and there's an Inhandra Birdsong here a Healer Ladybird there and a Amehana Ishtari and Bejita Imako over there. Oh and I only know one Avila as Aurora Avila.Maybe I saw two Roffos and two Faltas but for the majorty of friends everyone had a Second Life last name (excluding residents).

Second Life has many features and neat sims as is created not just by the Lindens but by the many Ladybirds and Birdsongs and Shuftans oh and I know a Brenner too. And there's areas and sims in SL I haven't even seen yet. Oh and there's only one Kim Ms. Tantari Kim the Vixen scout leader who is now a decade old. (Trust me I looked through the name search option).

I don't understand why Second Life took away the “Pick a last name option.” Picking a last name and matching it with your first name was one of the many cool and original things of Second Life. In real life you're stuck with the last name you were born with. (unless you get married.) I have two last names Krauss in real life and Coakes in Second life. I think what the Lindens should do is give everyone with the last name Resident a chance to pick a matching last name from the same list I saw years ago. If the last name you want isn't there just suggest a new one. Or make a whole new name from the create a name option.

If Second Life just turned 11. (I'm writing this the day after I djed for SL11B.) It would be a nice birthday present for everyone in Second Life.

Who knows Aldaida Resident (one of my friends from Brahma Yoga class.) into Aldaida Avila has a nice ring to it. Aurora could use a sister or cousin.