I received an offline message from the famous Doc Gascoigne telling me that Marianne McCann wanted me to interview her. This didn’t seem too unusual, because my last Second Life Birthday interview with her was my favorite interview since I had started work at SL Newser (http://slnewserpeople.blogspot.com/2013/06/sl10b-interview-marianne-mccann.html),. I put it all together: Doc, Mari, SL12B all the components seemed to be in place, so I thought all was in place. I contacted Marianne, and she informed me that Doc had told her I wanted to interview her! Well, you have to love Mr. Gascoigne for his cleverness. Marianne and I laughed about this prank, and agreed to talk about SL12B.


Unfortunately for us, we were both so busy with (me) Relay for Life, High Fidelity, and First Life; and Marianne with The Arcade, SL12B, and the beginning of summer camp. As she said: “Yikes!” 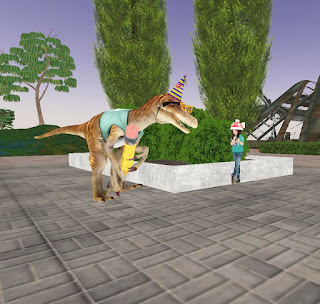 However, thanks to the wonder of notecards and Instant Messages, we present here an interview with the beloved Marianne McCann, wise beyond her young years:


SL Newser:  In my opinion, this year is a tipping point for Second Life™. Work has begun on SL2.0 (Sansar) and Philip Rosedale is in alpha with High Fidelity. Where do you see yourself positioned as things begin to shift?


Marianne: Personally, I don't see that. I do think there's a LOT of interesting things going on in Virtual Worlds, even beyond High Fidelity and Project Sansar, but I don't see that as the death knell of Second Life.


On a personal level, I have almost no interest in High Fidelity. I do have an account, but I've yet to find anything I feel enticed by there. As to Sansar, well, I need to see something before I even consider any involvement there.


So, so far, I'm still riding this wave. If something compels me, I'll go over there -- but thus far, I'm not compelled. 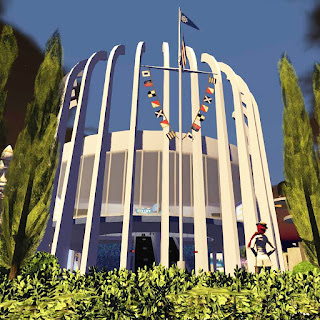 SL Newser: SL12B What Dreams May Come…what does this title mean to you?


Marianne: Well, it's a little known fact that I came up with this year's theme.


Initially, I was playing off this notion that when we create in Second Life, what we create comes from our own dreams. We create this world purely from our own imaginations. At the Second Life birthday, we bring those dreams out and share them with each other. It's why I've tended to call each SL12B presentation a "dream," rather than just a "display."


There is a deeper level to it, however, and it's slightly coded into the choice of quote I used for the theme. "What Dreams May Come" is from Hamlet's "To be or not to be" soliloquy, and is very much about death, and what dreams may come in dying. The Richard Matheson book that also uses the line is similarly about death. It may seem odd for a birthday.


Yet, let's go back to your earlier question: so many want to think of Second Life has having this uncertain future in the wake of Project Sansar and other things. Heck, we have a long and storied history of declaring the death of Second Life.


So, in this time, when we seem so enamored with the death of Second Life, let us instead see what dreams may indeed come. Let's really give people a taste of what makes Second Life still the best virtual experience out there, twelve years down the line. 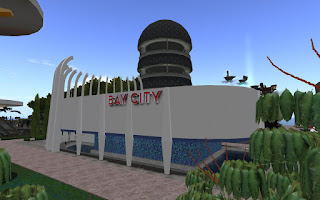 SL Newser: Tell me a little (lot) about your build.


b.    What were the special challenges in putting it together?


c.    What is your favorite part of the build?


d.    What thoughts/feelings you like people to take away from the exhibit?


Marianne: My main build this year is the pavilion for Bay City, titled "The Bay City Dream." I wanted to share a slice of what those of us who live there see and experience.


I've always been fond of building my displays at the birthday event in line with vintage World's Fair structures, and this year is no exception. The design itself is a scaled down version of the Ford Magic Skyway, designed by WED Enterprises for the 1964-65 New York World's Fair (ED Note: That’s exactly what I thought of when I saw it). It does deviate a lot from it, but anyone familiar with the original will see some very obvious nods. 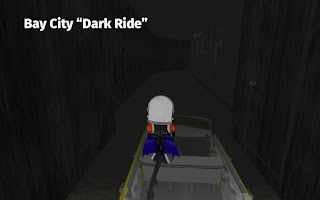 It is also a classic "Dark Ride," which is what the original was as well. You'll board a car, built by my collaborator, ADudeNamed Anthony (ED Note: who came in third in my RFL team’s build contest) and see three vistas of the city, while a narrator - we've called him "Narrator Mole" tells you about the Bay City Dream.


It was a bit of a challenge to put together. How do you portray the whole flavor of Bay City within a limited space? I had to use a lot of visual tricks to pull it off. In the end, the vistas inside are probably my favorite element of the show.


In the end, though, I hope folks who visit it get a sense of what the Bay City mainland community is, and what makes us a special place. I also hope it entertains folks, and they enjoy the whimsy of it all. 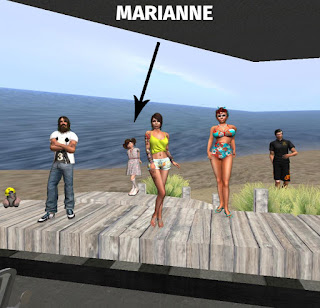 SL Newser:  What else would you like people to know about you, about SL, about the future of virtual worlds? In other words…what dreams may come??


Marianne: In the end, I'm a dreamer. I always will be. I think there's yet a bright future in Virtual Worlds, and we've only yet scratched the surface here. There's still times to be had here, and rather than hanging funerary flowers, let's celebrate what we have here, and what will be.


Once again, Marianne has shown herself to be a literate and sane resident in a world filled with every form of humanity—just like First Life.


Notecards make it easy to conduct an interview, but I will have to track down this busy girl and do some follow up.


Meanwhile, come to SL12B and take a ride into the history of Bay City: