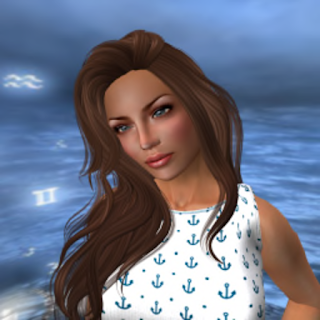 When I first entered Second life, I knew nothing about it. I had a friend who wanted me to join for about two yearsm but my life was busy as most people are and too busy for a place called Second Life. But then one day I wasn't as busy as I used to be, and with continuing asking by my friend to join. I did.

Well here I was. I called it "Never land." I didn't understand the concept, my friend ended up going through PTSD in real life so he was barely around. I was confused in Never land. There were a few people that helped out over time, and then one day I was looking for a place to live. I lived on a platform where actually the owner of the sim was making passes at me. It was disturbing to say the least. I know this can happen to anyone and it happened to me.

With the help of a friend in Second Life, I came upon a place called Cape Serenity. As I teleported to the place, I was amazed by the community feel even though no one was around at that very early morning. I was enchanted. I had never seen a place like this before. I really felt this 'home' feeling. Then I contacted Ladyslipper Constantine, who is actually the caretaker of the sim. I wanted to know how much the rent was. After a few hours, I got an IM back from her and that very day. I rented a piece of land. I was so excited, I felt. I stood there for several hours just staring at the entire sim. Smiles. She was extremely welcoming and gentle and kind. 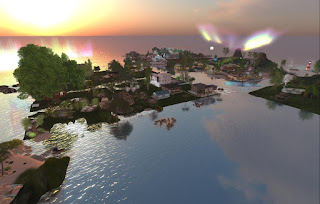 I believe the following day Ladyslipper Constantine she shared with me her hearing problem and at that point I had not shared my hearing problem with anyone.  I wanted to be treated just like anyone else who didn't have a disability and I figured Second Life would provide this for me. But it was getting difficult to mask my hearing problem. I felt it was weighing me down in some respects. I couldn't hear everything and I couldn't hear everyone. But what I didn't know, after I decided to open up about C.A.P.D. (Central Auditory Processing Disorder), was that my friends that I had made knew something was different about me but they just couldn't put their finger on what it was.  As Ladyslipper shared about her hearing problem, I found myself sharing this information with her about my physical hearing problem even though we both didn't have the same hearing issue.

That was the start of my own journey in sharing with others about Central Auditory Processing Disorder. I knew if I opened up, it would be a challenge. After all its not every day you hear about this particular disorder. What I didn't know that Cape Serenity was part of Virtual Ability. Well I didn't even know what Virtual Ability what it stood for. I eventually was told, so imagine here I was landed on a sim called Cape Serenity part of Virtual Ability and here I was with a physical hearing problem. 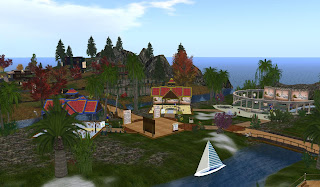 The  mentors at Virtual Ability through time helped me with not just opening up about my physical hearing problem, but how to cope with it, how to deal with people who have such disbelief, which by the way I really understood them more than they realized only for the fact that after all its not that well known. C.A.P.D not as well known as other disabilities, but to be honest there were moments I wish I didn't say anything about C.A.P.D.

I learned that even though people have disabilities they have other gifts they are able to share, that there is a purpose a meaning behind everyone, no matter what disabilities you have. Most importantly for me is I met these wonderful women who have different hearing issues, and I found out even though we don't have the same ones we all have certain things in common none of the less. Listening to their stories of how they have been affected in real life or Second Life with a hearing disability, they gave me a gift, the gift of  strength that under any circumstances that you forge on and believe in yourself. And it really doesn't matter what anyone thinks or feels, that you are important in this world and no matter what you have to deal with you are still important. They are strong, those women whom I met in Virtual Ability. They say strength comes from wisdom and they are very wise from Gentle Heron, Ladyslipper Constantine, iSkye Silverwebm Treasure Ballinger, Treacle Darlandes, and Winter Wardhanid and countless others.

I'm so grateful they share with people like me who have a disability and those who have other disabilities. I"m so grateful and continue to be how much they have helped not just in Second Life but in real life. How they give their time to mentor those like me they really care and they don't do it for any other reason then a need to help people. They are selfless they mentor from the heart. They embrace you when you are down they give you hope, encouragement and belief in one self. They give you courage to rise above, they help those who need help and help them to become an even better person then you are, what is the expression that comes to mine I have heard before, they give you wings to fly... I will always be profoundly grateful for those who are part of Virtual Ability, that no matter where I go where I am they are always in my heart, Thank you.

Alysabelle
Posted by Bixyl Shuftan at 6:00 AM