What Is A True Friend In Second Life? 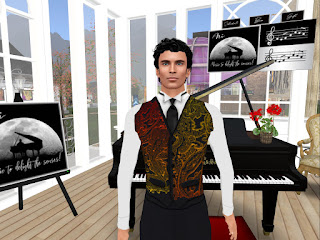 I had a chance to ask Ari (arisia.vita) a few questions about true friends. I asked him, “What would you say when someone says that you are a true friend?” He responded, “I would say that they are a true friend too, it takes two.” I told him, “You are not just a true friend, you are also willing to help people out and have pictures taken of you, right?” Ari replied, “Yes, gladly.”

I wasn't finished. I went on, asking him, “In other words, you are a kind, caring man with a big heart, big enough to fit everyone inside?” Ari answered, “That is my goal, and friends like you help me achieve it.” I couldn't stop because Ari (arisia.vita) is my true friend, “You helped me to reach my dream of becoming a writer, that is what I meant to tell you today.”He was  so glad to hear that.

As Ari and I continued the interview, it turned out he had been playing piano for around two years. I have been on Second Life for almost three years. It is almost like we were meant to meet as true friends. That was not all. “How do you feel when someone tells you that you are an inspiration?” I wanted to know. Ari replied,“I tell them I just mirror the inspiration I see all around me, including them.”

Before we went our own ways, I asked Ari if I could use his quote about if I'm the problem and he said yes. It was, “You are not the problem. You are a part of the solution.” That was his quote. I took him aside, and said, “Your music is so relaxing, so calming. You really do help people, do you know that?” He replied, “That is my goal.” I told him, “Your goal have been reached.” Indeed, Ari is a true friend. 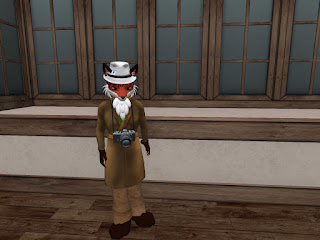 Bixyl Shuftan and I met. Bixyl is the editor at SL Newser but he is more than just an editor. He is a true friend and I got a chance to interview him. But before I started the interview, I thanked Bixyl  for giving me a chance to be a writer. “You can if you like, but I only pointed out the way. You're the one who made the decision to step forward,” he replied with a smile.

Six String (roleplayismylife) got a chance to point out something to him, “Yes, Bixyl. The fact that you gave her the opportunity to be a writer has definitely made a difference in her life, and it's quite noticable.” That's so true!

My first question in the actual interviewing was, “How do you feel when someone tell you that you are a true friend?”  Bixyl replied, “In one word, happy. I feel like I've truly won over a friend's confidence." I asked him to say in his own words, what a true friend is. He replied, “Someone you know very well whomyou can always count on to look after your best interests.” 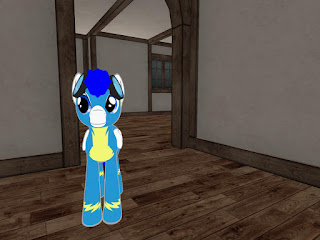 Before the interview got started, Six String (roleplayismylife) had a quote about true friends to share with me. The quote is, “Damn, that was fun! Let's do it again?” I asked Six if I could put this quote in the article and he told me okay. Six said that the quote came from a sign on the wall where he goes to once a month to do music. Thanks, Six String.

The interview got started after that. I asked Six, “How do you feel when someone tells you that you are a true friend?” He replied, “It makes me feel really good. After enduring such hardships for most of my life, and pseudo friends who were only using me, it feels nice to know that somepony like me would think of me as a true friend.”

I asked Six what is a true friend in his words.He  replied, “Someone who sticks by you no matter what, even when things seem bad.”

The next question is, “Would you say that a true friend is a very good thing to have?” And Six String  said, “Yes, I would,” before adding, “Well, I think it varies from one pony to another, because everypony has their own definition of what a true friend is. But for me personally, a true friend is somepony that you're so close to, that you consider them to be family. And as such would do anything for them, including sacrificing your own life, if it means saving theirs.” 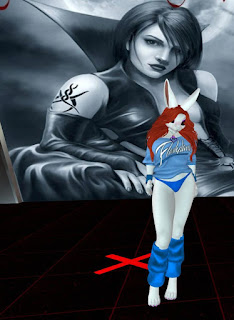 I met Snowy Sugar Blossom (skylark.lefavre) at the club where she was working. She is my sister and true friend. The first question was, “How would you feel if someone tells you that you are a true friend?” Snowy replied, “I would be flattered, honored, and happy. It would mean I have done something right to deserve such a friendship and that I should keep being as best of a friend as I possibly can be and never do anything to jeopardize it.”

I asked Snowy  to say in Snowy Sugar Blossom her own words what a true friend is. Her reply was, “Someone who is a friend to you despite whatever quirks or abnormalities one has that would drive (away) others in a heartbeat. It is someone that accepts you, good and bad, and loves you despite them. A best friend is someone you can always count on no matter how bad things get.”

The next question was, “Would you say that a true friend is a good thing?” Snowy said, “Yes because true friends are a dying breed in this world, SL and real life as everyone is out for themselves and their own. True friendships can be hard to find. True friendship should have no strings attached or conditions.”

The last question was, “What is your definition of a true friend?” Snowy Sugar Blossom (skylark.lefavre) responded, “Someone you want to be with everyday and can't live without and love to do things with. Someone you are so close to consider them family.”

Now you have it. I have interviewed four people about their feelings on the topic of true friends. It is true that it's hard to get a true friend, but in the long run, when someone gets a true friend, it turns out to be worth the wait.