Kyoko Furse-Barzane is a real life/second life artist as well as a curator for the Museum of Contemporary Art (MoCA). She actively participates in Second Life once working in the business and now in the art arena. Kyoko is also the Chancellor for CDS (Confederation of Democratic Sims) for the 34th Term. 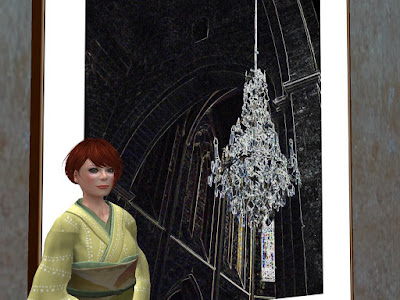 I first met “Samara,” as she was called then, back in 2010. She was then the gallery owner of Park Galleries and her gallery was my very first exhibit in Second Life. As an artist, I had always been intrigued with her digital photomontages. They are full of complexity like memories with so many different layers. Kyoko herself, is full of complexity. She had many roles in real life as well as in Second Life. She is also known as Kyoko Furse-Barzane for her interest in Japanese culture. 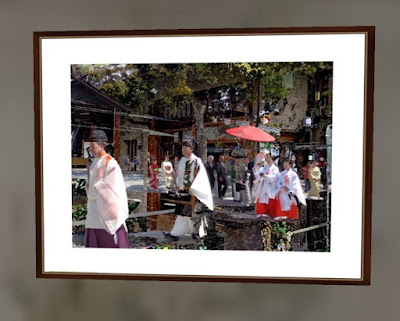 Kayly: How would you describe your art?

Kyoko: I have been an artist in real life and my medium was serigraph. But in Second Life I showed some of my travel photographs. Then, hmmm, it's hard to remember when I started creating "Memory Layers” to exhibit in Second Life. They were what I called digital photomontages. I manipulated a photo or usually parts of several photos to create a composition that seemed to work. Just like with our memory, each layer affected the next one. Sort of a metaphor for how memory works. Memory on memory which each memory changing those before in some way. I probably started this method about 7-8 years ago.

I then had a drought. I seemed to have gone as far as that could go for me. I did a few works in 2016, and then really tailed off. But during the pandemic and sheltering in place, my art changed. I still used my travel photos as the base layer but just only outlines, either dark or light. I eventually "got" why I was doing it. And since I haven't traveled in a year and a half, what I have left are the outlines. Pandemic does do strange things to one's mind for sure. 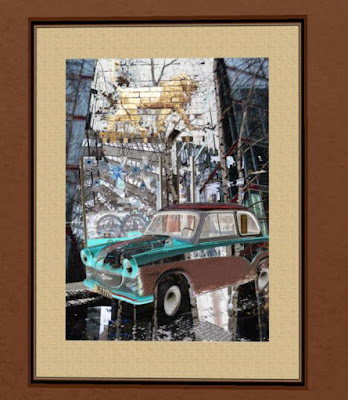 Kayly: Did you have any training in art?

Kyoko: I did take a drawing class my senior year in college. I actually ended up with a master's in dance education. Movement has always been my first love. I ended up with a bad knee injury when I landed from a jump and my knee kept going. But the creative spirit needs an outlet. So, I started taking painting, printmaking and design classes at The Philadelphia Museum of Art, but printmaking and design were the most influential for me. They both related to movement for me. I also took classes in the evening at The Pennsylvania Academy of Art for three years. I did exhibit my prints and won few minor prizes at various art center shows. But dance was always my first love. When I went back to dance to get the degree; I was a better choreographer for my work in design and serigraph. 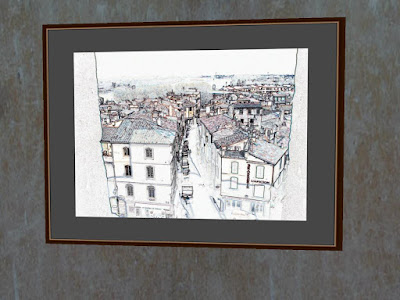 Kayly: What did you do in Second Life?

Kyoko: When I retired in real life, I also retired in Second Life from the various jobs I had held with various fashion creators. I was a Customer Service Representative then the head representative and also, a shopping sim manager. Then probably 2012 or so the memory layers happened. 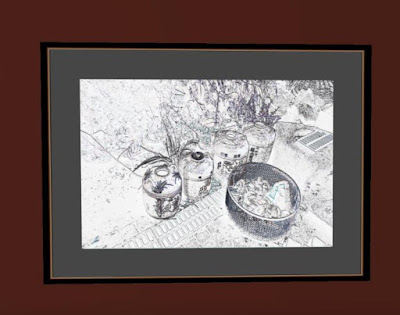 Kayly: What is your reason to exhibit in Second Life? and what is your experience had been?

Kyoko: This is my real life art. I just happen to show it in Second Life. In real life, I'd had enough as an artist and as a choreographer doing the politics and arranging and applying for shows and grants. In Second Life, I am more in control of what happens to my work, I guess. Kayly: Do you have your own galleries?

Kyoko: I have owned and run many galleries, not just for myself, but to share the work of others. I took over Park Galleries after Artistic Fimicoloud, the gallery owner, passed in 2008. At CDS, I had managed the Art Café. It had a long run. I started that in 2015. Then I became curator of our Museum of Contemporary Art (MoCA). So, I closed down the Art Café. The reason I closed the Art Café was that it just didn't feel right to promote artists at my art café as well as curating at the MoCA shows. As a professor, one course I taught Intro to Ethics. I always checking my moral compass. 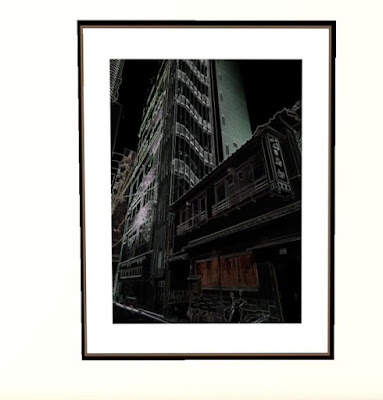 Kayly: What advice would you give to artists who is interested in exhibiting in SL?

Kyoko: Look around. See where the important galleries are. Notice the sims they are in. Second Life for me and what makes me happy, other than doing my own work, is showing and promoting the work of others. While I owned and operated Park Galleries, I gave a number of artists their first exposure. I enjoyed supporting good art and really like helping people make connections.

Some of Kyoto Furse-Barzane landmarks to visit