At random I wanted to hang out and listen to music at a human club. Human clubs are known for lots of emotes and dance music that you might hear at a dance club in real life. In my experience human clubs are great places for me to write, or to play neopets while my avatar just dances. If everyone uses emotes I’m not really missing out on much in the club chat.

Then one time while checking out one club, GOL Element the 8th, I was surprised that I was imed by the club host, Psique Delicioso. 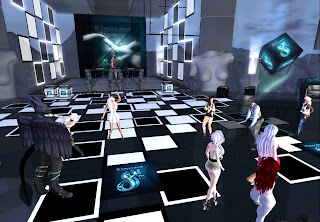 Grease Coakes: So basically this club is against furries? (shocked)

Psique Delicioso: we not against anything hun

Psique Delicioso: it’s been like that since it’s been founded

Grease Coakes: Wouldn't you think a rule like that is outdated in SL?


A little later I was ejected for simply refusing to change to a human avatar.

The next day I stop in to see if lightning strikes twice. Sadly it does, but I was able to speak with the manager and I had this to say.


Grease Coakes: Hi Lava I was wondering why furries are not allowed at your club?

LavaIncandescente: cuz is in the rules

Grease Coakes: That's your only answer?

LavaIncandescente: we try to explain to people what to be allowed

LavaIncandescente: in this club stay rules  no animal no furry

LavaIncandescente: please can your change avatar

Grease Coakes: Is there a certain reason you do not allow furries or animals? I mean I have lots of Linden to tip your DJ and host. My money is no good here?

Grease Coakes: I don't have any human avatars.

LavaIncandescente: sure but you have need change avatar

LavaIncandescente: for to be allow here

Grease Coakes: And yet humans have been allowed in furry clubs. Don't you think it's rude and racist to not allow furries in your club?


A little later Tiggeh, a furry who likes to hang out at IYC, and I were both ejected for being furry. Tiggeh and I both began talking with each other."

Grease Coakes, "It's different if they only booted me, but if they booted two different furries that says something."

Grease Coakes, "I was thinking that for example we can change avatars in SL. But In real life how would that look if that same club in real life didn't allow blacks?"

I think in today’s multi cultured and multi-racial world a club in real life wouldn’t get very far if they said no Africans or Asians allowed.

Tiggeh also mentioned a group that he was a part of called “Furs Againist SL Social Inequality”. I easily found the group on Tiggeh’s profile and asked what the group was about.

Kenshin Kazoku (forgottendreamkeeper), "We're basically a group of furries who are fed up with the lack of respect here on SL... "

Kensihn was also booted from a cabin hangout sim just for being furry and got this excuse from the manager, "We have a very specific clientele and we would not want to offend anyone by allowing you here." Fur is offensive? It boggles my mind why someone would find an animal avatar offensive in second life.

The flip side is why someone would be prosecuted in real life for walking around in a fur suit. As a kid I remember watching Sesame Street or maybe seeing someone in a cartoon animal suit and thinking what would it be like to be a cartoon animal or a real animal? So if it socially acceptable to be in a fur suit, say an entertainer at Disneyland, why not dress up in a fursuit on your free time? Amurtigress, a griffin friend of mine, showed me a picture of him wearing his fursuit to cheer up children at a hospital in his country of Germany in real life. 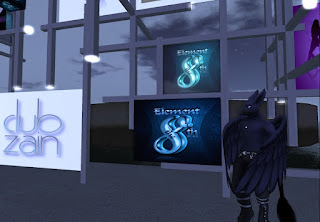 I think this article speaks out that racism is wrong in today’s society whether as a pixel avatar or in real life. It’s sad to see that even in a virtual universe like SL where there are many great things to see and places to hang out. I was shocked at GOL when I was told not to be a furry. Something for GOL 8th element to think about is you can change your avatar in second life sure. But what if this was in real life and I was writing about a real life version of your club. Would you still ban a furry for being born the way he or she was? Yes I know furries don’t exist in real life, but I’m making a point.

It’s easy to eject a pixel furry, but would it be so easy in real life to say it’s just the rules and not have a valid reason behind the rules?


Grease Coakes
Posted by Bixyl Shuftan at 6:00 AM