Just recently, I turned six in Second Life. I may be old, but there are still avatars in the grid older than me. Like I stated in my interview with DrFran Babcock, Tantari Kim has been here a much longer time then I have. She heard about Second life through a MUCK which is a text based roleplay. 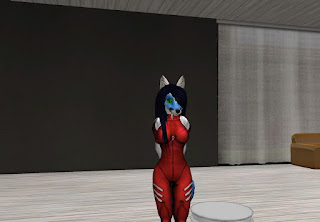 Tantari Kim was part of the SL beta where everyone was building and messing around. She didn’t like that as she wanted to be more of a social butterfly. She left the SL beta going back to a place called there.com, where everyone built cars and had races a lot of the time. Then later someone on a muck said 'come back to SL, someone named Cross Lament can make an avatar for you.' For a one-time fee of $20 in real money Tantari Kim joined Second Life again. She said that Linden labs was nice enough to grant her last name of Kim from the beta Second Life when she rejoined Second Life in April 05, 2004. In April of next year 2014 Tantari Kim will be a decade old, where in comparison my avatar only turned six recently.

I may be old in Second Life, but other avatars are still older than me and Tantari Kim takes the cake. I remember one time hanging out at my fave human club SGB, which is shorthand for Sounds Gravis beach. I TPed Tantari over. When people saw her profile age, a human or two paid her Linden and Tantari was humbled by that. SGB is here at http://maps.secondlife.com/secondlife/Sounds%20Gravis%20Beach/114/30/30 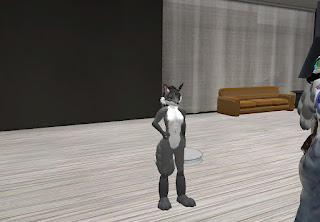 The first furry vending machine made by Luskwood was a big event back in 2004. To Tantari’s knowledge at that time it was a major party back at that time period. Tantari showed me a picture of the grey vixen she bought.

Back then people made Linden by giving ratings to other avatars. Based upon being nice and personality how your avatar looked and building skills. You paid the reviewer 1L per aspect you were asking to be reviewed on for a maximum of 3L. Tantari gave lots of reviews as she made 1,200L per week. I said that would be plenty to live on in Second Life. Get an avatar every week with money like that.

The SL that exists today made accounts free, but now you had to pay real money for the Second Life Linden currency. Tantari and other furries saw the downside as lots of griefers attacked furry clubs like the Ark. Tantari said if a human avatar came to a furry club people would look up the avatar’s profile right away in case they had to report the human avatar. Furries were fearful that humans might grief the sim. But now with free accounts anyone can just make new accounts to regrief the same sim again. When people paid $20 for an account people thought twice about greifing sims or people.  Linden Labs terminated anyone’s account caught greifing. 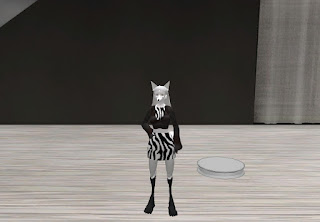 There’s a place around called The Shelter where they still have a game show going on. Similar to "Who Wants to Be a Millionaire," every question you got right was a certain amount of linden where you can choose to keep that Linden or keep answering questions to try and earn higher amounts of linden. Get a question wrong and you lost it all. The game is called payment Podium. Furries and humans are both welcome at The Shelter as a PG sim where tolerance and being polite was the norm. Seems like a nice place to go to if you had a bad day or just wanted to take it easy. It’s still around at http://maps.secondlife.com/secondlife/Isabel/47/237/81

In fact a group she created herself is called the Vixen Scouts International as she made her very own vixen scout outfit. The motto is vixen scouts are helpful and kind. The vixen scouts is exclusive however as you must be using a vixen avatar to join in. Tantari is very much like that as she greeted new accounts/avatars at Tutorial Island back in 2005. She described various things on the picture she showed me like a board game called prim attack that she never played. On the right was the circle where new avatars loaded when they finished their tutorial. The purple bike in the picture was free for anyone to use. 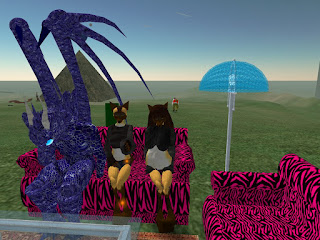 She also said how next to the Tutorial Island was Luskwood which was SL’s first furry sim, which is still around today. Tantari showed me lots of pictures with her avatar among various other furry avatars. The avatars including herself shown in the pictures were state of the art years ago, but today could be used as freebies as avatar creating and building has advanced over the years.

I joined in 2007 and I really didn’t know much about Second Life. I went to the Ark which is still around today and met Tantari. She was helpful and guided me around. Another thing she remembered about the Ark is when voice chat was still introduced a few months after I joined Second life. The people who talked in voice chat killed the music played by the stream. The other side of the coin was music got in the way of those having conversations over typing. Tantari said not all people on voice were the sharpest tools in the shed though. Tantari and I talked over Skype we remembered how the ark looked and SL looked a lot different back then. She also showed me lots of pictures.

Tantari was and still is a good friend of mine as she was helpful and kind I was a clueless newbie when I first started. I may be an old avatar in Second Life, but Tantari Kim’s experiences and adventures are great in number as she is one of the first avatars in second life that we all live in today.