There are some residents in Second Life™ that fill me with awe and admiration. Arcadia Asylum is one of those people, and her legacy is sprinkled across the grid in the plethora of builds that bear her name. Almost everything that she has created is available free and full perm. Everyone is encouraged to rip apart her masterpieces, change, improve, use parts, and admire. Arcadia left Second Life™ some time ago, but has always been around with some name or other. She is currently using the name Aley.
SLNewser’s very own Gemma Cleanslate wrote twice  about the Aley’s LEA build in April of 2012 (http://slnewserdesign.blogspot.com/2012/04/sea-of-aley.html  ) and the Arcadia Asylum library in August of 2012 (http://slnewserdesign.blogspot.com/2012/08/arcadia-asylum-library.html  ). She is compelling and cannot seem to stop building. Her current build is the underground amusement park: Seaview, that I have visited already several times. There is a lot to do there, and I had to come back a few times to take it all in. I brought friends each time, and they delighted in the offbeat humor of the constructions. At the urging of my co-worker Gemma, I asked Aley if she would consent to an interview, and she was more than gracious in agreeing. When I first teleported into Aley’s underwater sandbox, she was playing with a build of a shrimp boat. A few visitors came and went to pay regards during the interview. Aley was always friendly and welcoming. She admitted that she could chatter on forever, and that seemed to be what happened. The interview that follows is candid and interesting. Was she pulling my leg…I am not sure? I will report what I witnessed, as that is my responsibility as a reporter.
Join me as we visit with a Second Life™ original: 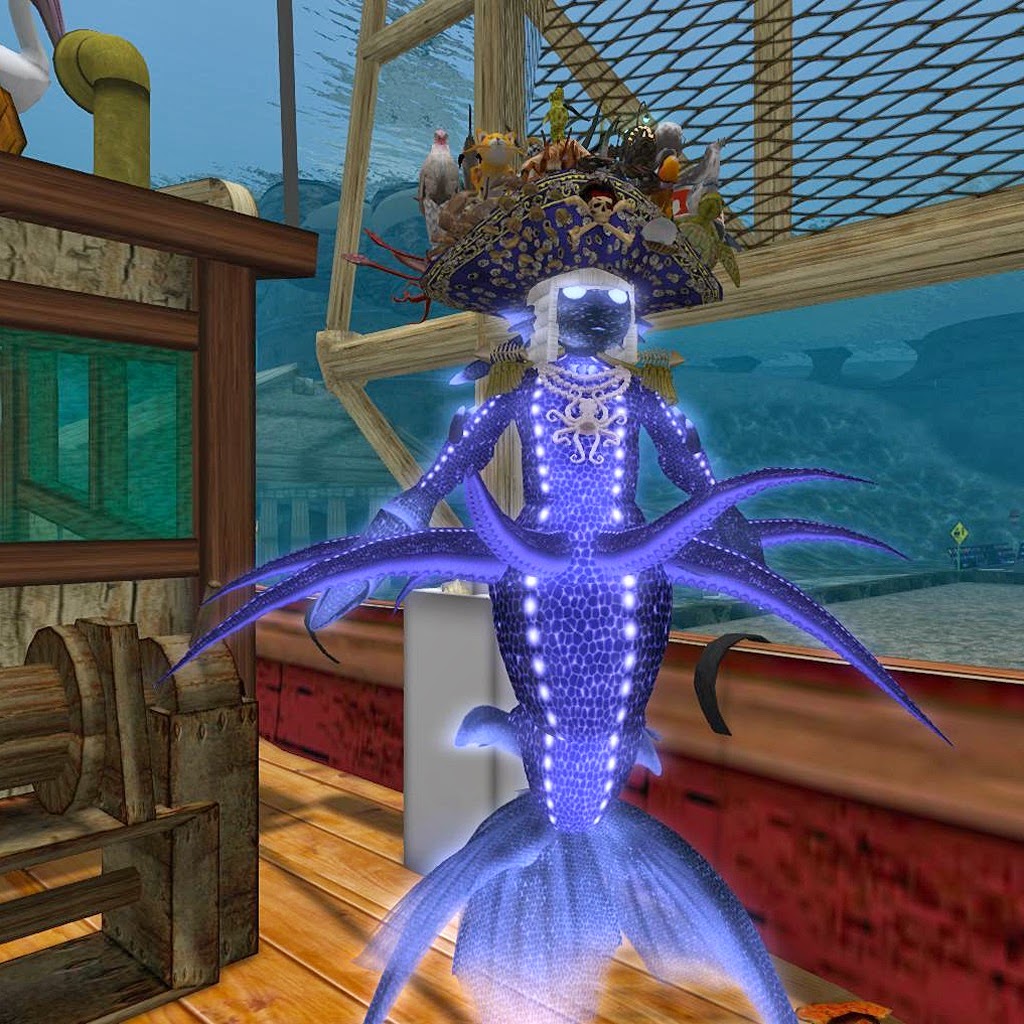 Aley: This version (of the shrimp boat) will be able to net scoop stuff and, there’s the nets deployed. I'm going to sail around the Blake Sea and catch more mermaids.

SL Newser: It is common knowledge that you are Arcadia ?

Aley: Yups.  No need to look for the name; just follow the thousands of full perm freebies.

Aley: Oh, Arcadia wasn’t my first account [smile]. I first heard of SL in the late 90s when it was barely in Beta. Linden Lab was getting some web news and real life news about them trying to start a virtual world. Well, SL sounded like a huge dot com scam deluxe: “Pay exorbitant rates to rent server space and call it land.  So, I followed SL before it was open to the general public. I wasn’t about to “pay” to look at it. When SL opened free accounts, I started one. I think my first account was named Bubbles. I goofed around a while till that account was fried by glitches. You could totally loose your account due to the bugs back then
Hmmm, let’s see when I started the Arcadia account I was miffed and let some time lapse. I started hanging out at the old Calleta Hobo Info Hub, and got into open sourcing there.
Eventually, I got sick of SL bugs and semi-quit for two months. When I tried to log back in LL had deleted my whole inventory. The eventually restored it, but I was pissed off,  and stayed away as best I could. Back then Linden Lab was scrubbing account data if they were dormant for a month. Those were the wild old days in SL
The whole grid would semi regularly be crashed offline by organized griefer attacks. 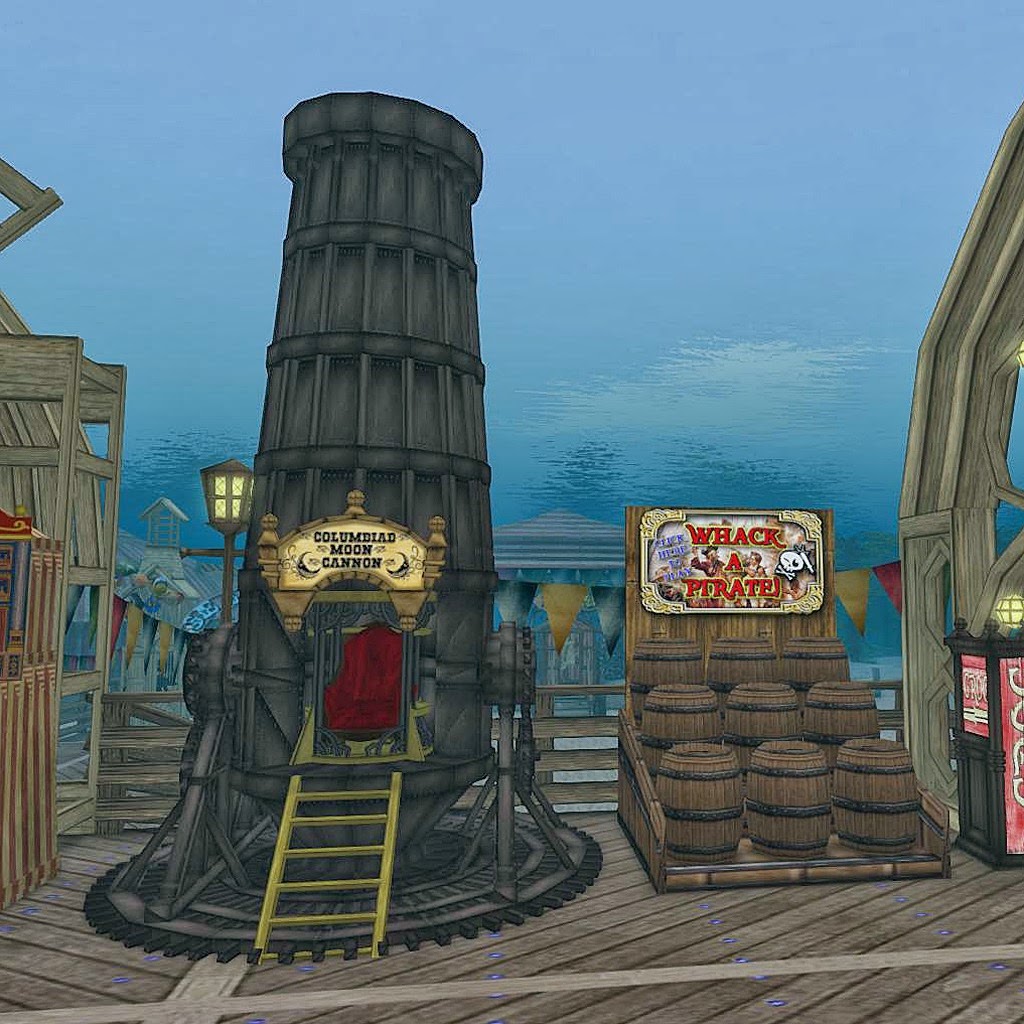 Anyone could fart and crash a whole sim offline for hours. Building stuff was tricky, as a crash and rollback would even remove back up copies from your inventory. SL had deadly bugs for a decade, but is way more stable now.
At this point we were visited by Heather, a mermaid, and she hung around for a while begging Aley to write a book of her life. Aley said it would never happen. Instead, we started talking about gender in Second Life™.

Aley: I use pretty gender neutral avatars. At my age I'm more asexual than anything

Aley: It unclutters alot of life.

SL Newser: Well, to change the subject…why do you offer so much for free? 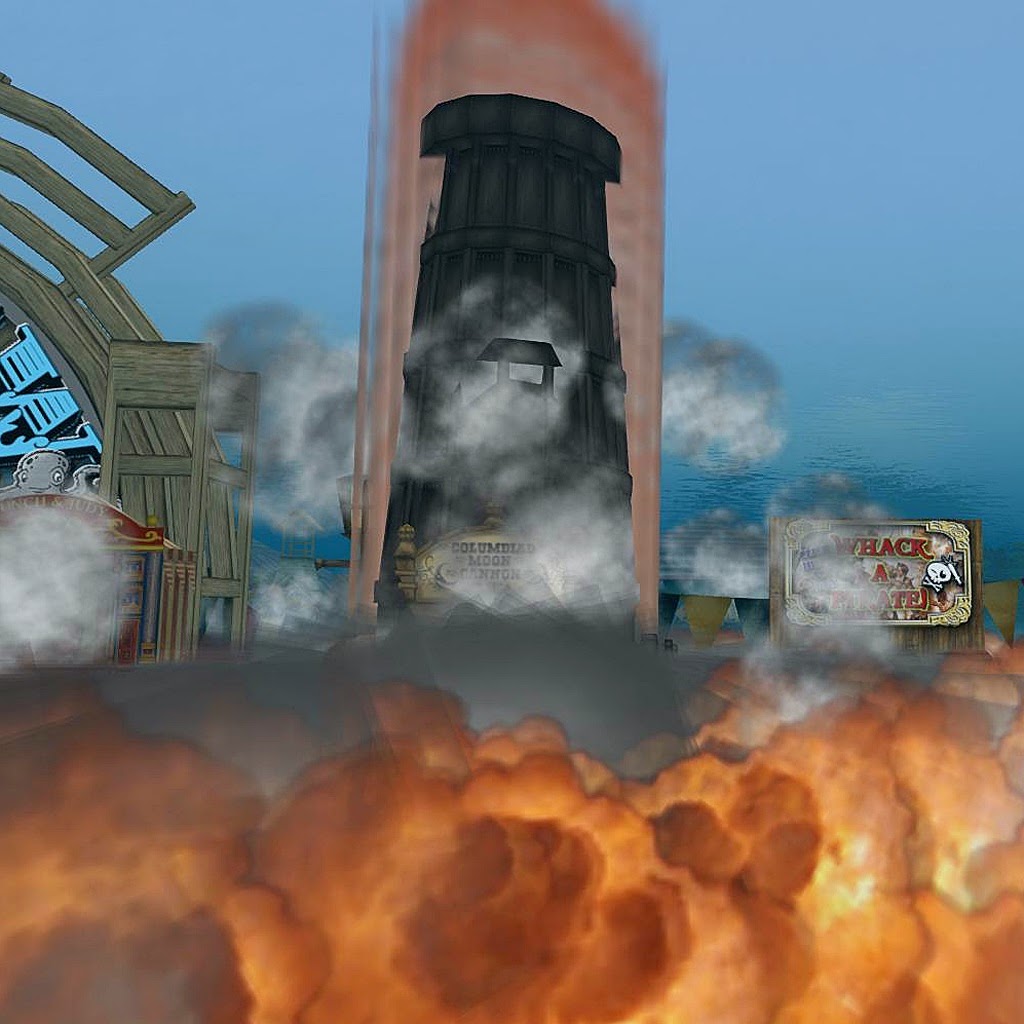 Aley: I was retired all through the SL business, and wanted nothing to do with clients and stuff anymore. I have social security and a small pension, and I live like a church mouse.

SL Newser: How did you learn to build so well, Aley?

Aley: Oh, I was a CAD engineering draftsperson for probably 20years, so I could fart out 3D models. My whole family was into construction. My youngest sister is a professional welder. My dad was an engineer at a huge contracting corportation that did the NASA contracts.

SL Newser: What was your favorite build from those days? 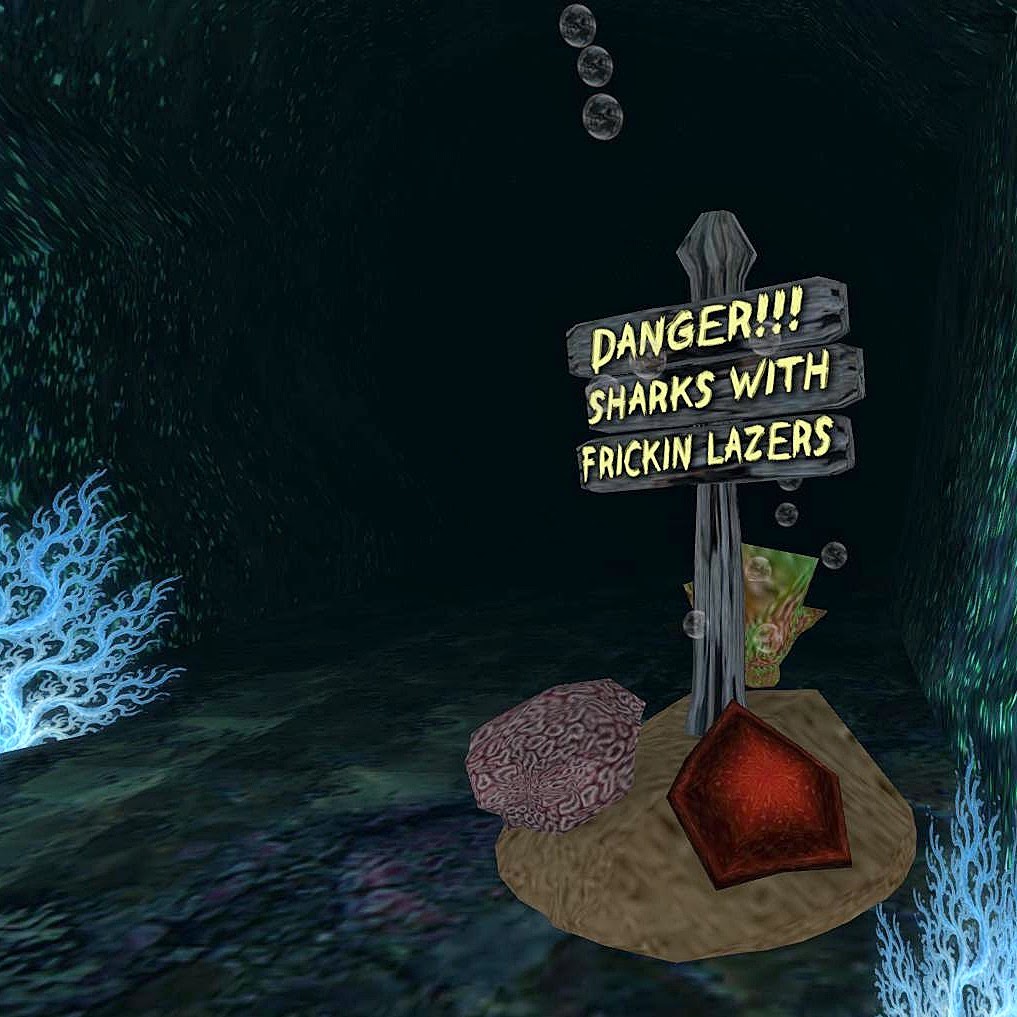 Aley: Please go ahead. I was never in the closet about being a mental patient. I want it out and known that you can do pretty well with your life with mental illnesses, if you get help and work with it.
I lost track, what was I rambling about?

SL Newser: What 3D software do you use?

Aley: Now? SL is my main 3D software these days

SL Newser: So, you are not making mesh, but using sculpts ?

Aley: I have fiddled with stuff like Maya, etc., but LL punishes mesh. You get more vertices with sculpts then equivalent mesh, and no size penalties. I use a dozen in world tools. Here’s the thing: I worked for around 20 years hunched over auto CAD and, I’m NOT going back to that hell. In SL I have direct interaction. I can model and play and chatter, and best of all get direct feedback and help. This isn’t a job, it's a social hobby to me. Little, if any of my work here is truly original. I pester everyone around me for ideas and bits and pieces. As i don’t sell anything and give it all away free, few have any qualms about playing.

SL Newser: So, tell me about your current build, Seaview, the underwater amusement park. What was the inspiration ?

Aley: Thats all Ardour Allen's idea. You know about the old Privateer Space Project? (for more information about the Privateer build read my friend Lauren’s aricles : http://npirl.blogspot.com/2008/01/aleys-privateer-island-part-i.html and http://npirl.blogspot.com/2008/01/aleys-privateer-island-part-ii.html )

SL Newser: Yes, in fact, a friend of mine asked me to ask you what happened to it ? 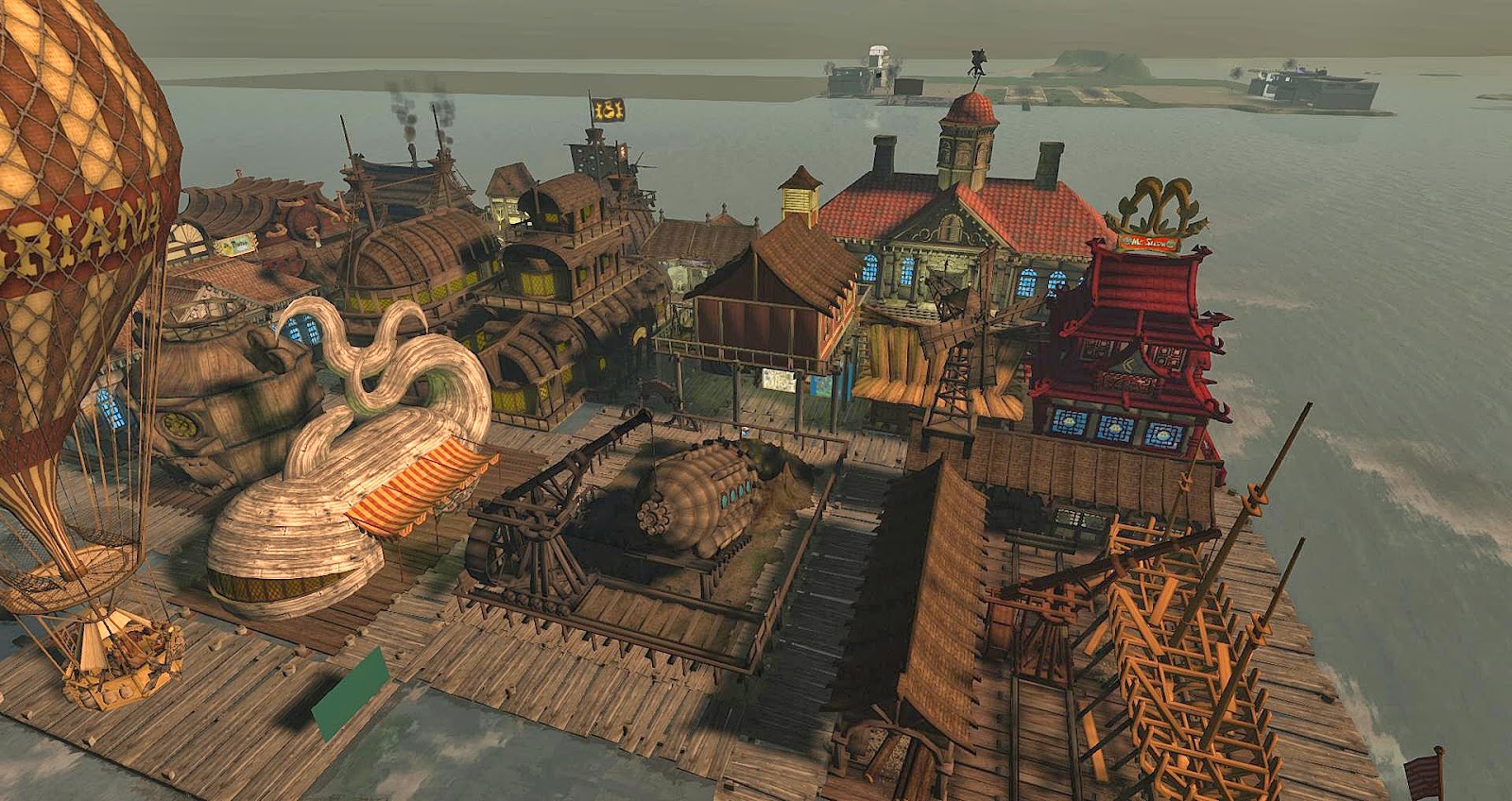 Aley: LL happened. That ended during M. Linden’s mis-management. The idea behind it was to fully utilize a whole sim, to build up to the sim ceiling. You see, people in general think in two dimensions—out of sight; out of mind. I wanted to experiment with making something that would force people to think up and down too. A few caught onto the idea. There was a place called Starbase Alpha, or something that was based on the concept after I worked it out.

Aley: The Blake Deeps is 13 sims and owned by Hollywood Rentals. They own and manage about 200 sims. Well, I started hanging out with the local pirate and sailing community about three years ago, and rented that plot where Flotsam Town (another Blake Deeps build by Aley) is located. I started guerilla decorating the seabeds in these sims, meaning the owners dident know what i was up to.
Setting up Flotsam in Blake Diego boosted its traffic a dozen fold, and the little sneak stuff i did here boosted general boating traffic.

SL Newser:  So, they kept you. 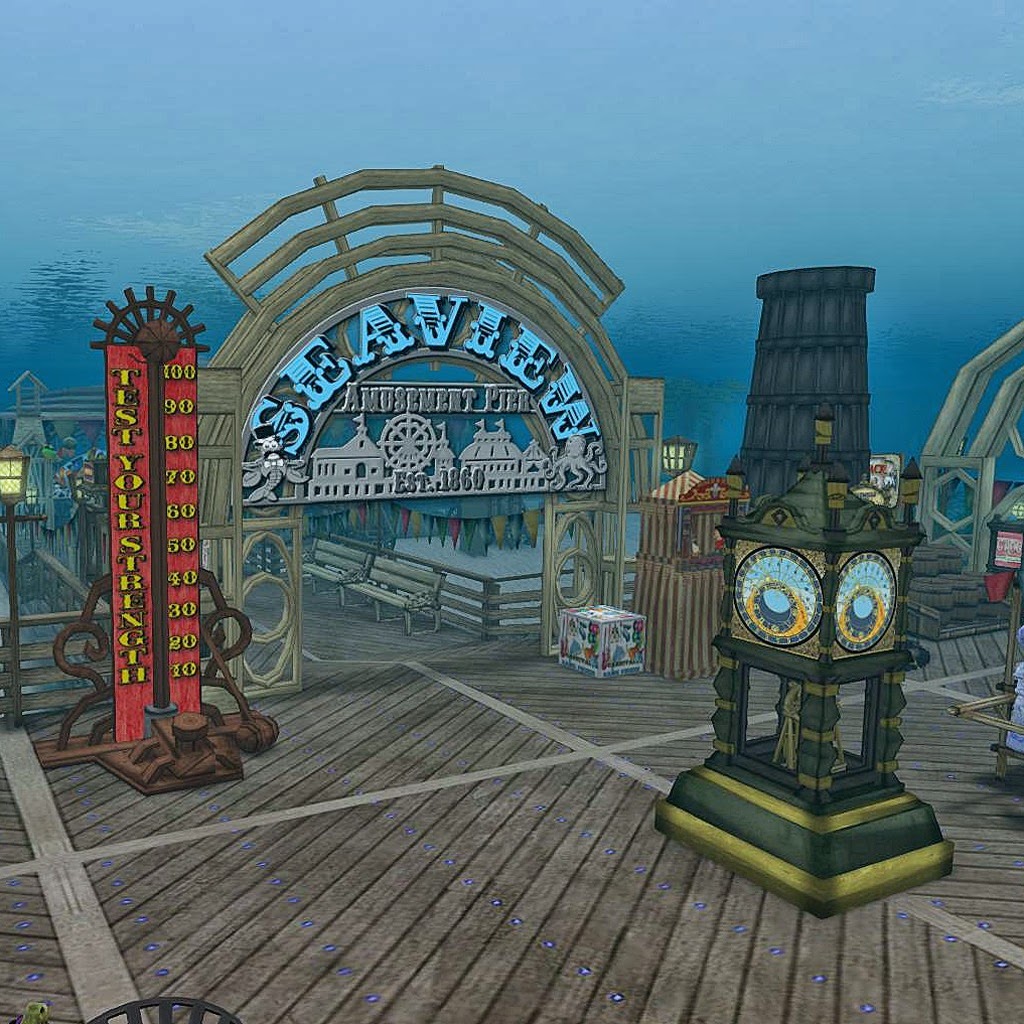 Aley: When Fanci passed away and her properties were at risk the main owner of Hollywood Rentals bought them up, and made four new open water sims named after Fanci. This time they asked me to decorate the place on purpose [laughs].
The owners wanted to expand from just pirate and age of sail theme to the mer community, so we started a crazy experiment to see if you could combine rentals underwater with events on top of the water, and keep waterway clearance for sailing
Ninety percent of these sims are homesteads with a quarter of the prim allotment. I developed ways to develop homesteads by pirating LL owned ocean sims. There’s a glitch, or was,  where some rollouts could reset auto return to zero. That made it extra fun (smile).
The average prim counts for all the underwater stuff in each sim is around 200 prims. That leaves 300prims for passing ships, boats, and planes, and the rest go to the renters. Detailing 80% to 100% of a sim wide seabed in 200 prims is a major challenge. The Blake Sea ocean homestead sims use around 1,000 to 2,000 prims for their seabeds, and you have seen how barren they all look
Well, Mark (Hollywood Rentals) wanted to bring in mermaids, and I was the only one around who was developing homestead seabeds, so I volunteered to get in on this. We dragged in the Safe Waters Foundation to help with community building
SeaView Park is the result of being totally out of ideas for what more underwater stuff to make. I tried to make an arctic underwater area but ran into all kinds of problems, so I gave up. Ardo (Ardour Allen) said: “Make an amusement park.”
I was desperate enough for anything, so I told Ardo to start building it. It ends up as a nice Victorian era amusement part. I managed to drag that project out to almost three months, and now it’s done.
I'm more interested in lower prim impact then perfection 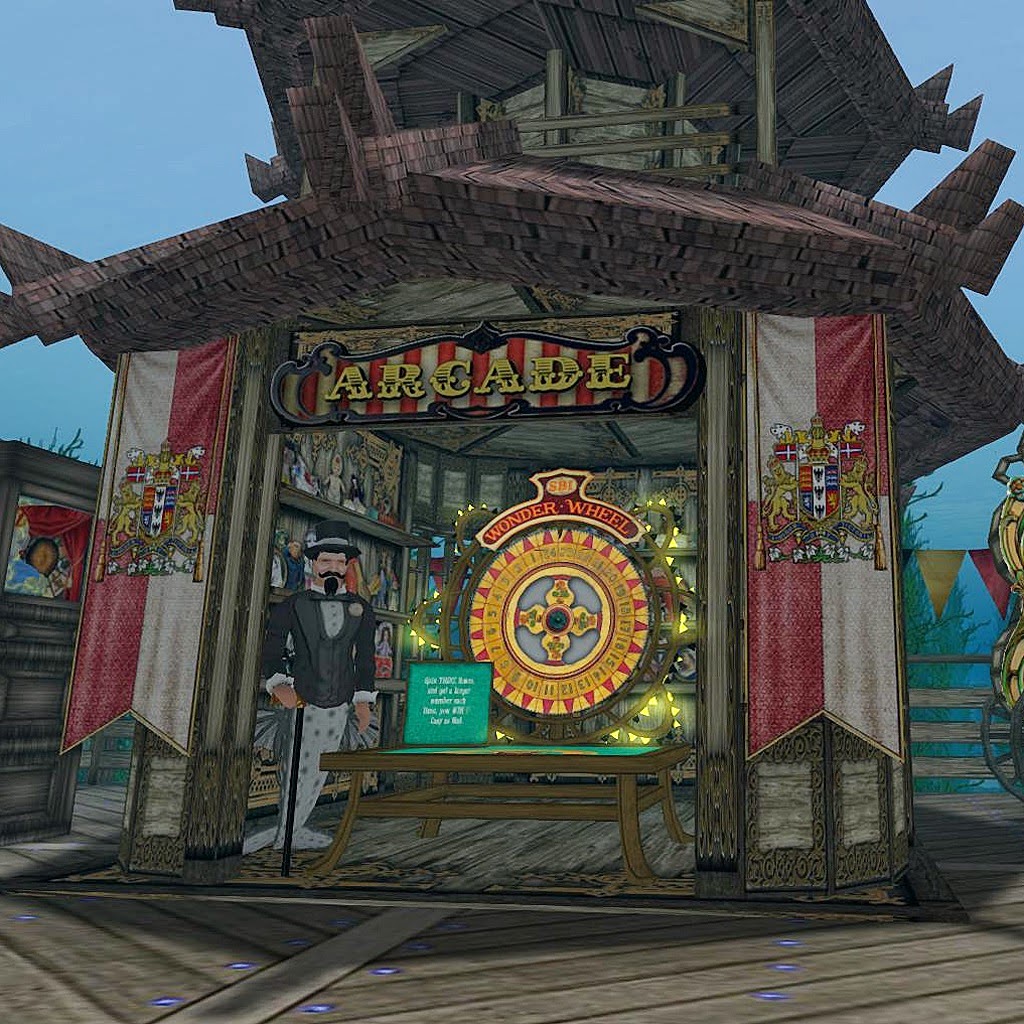 SL Newser: No one complains about your work

Aley: Sure they do! I closed down at least five marketplace shops. Some folks can't compete with freebies, especially when there a fraction the prims. SL is a sort of social game. My game play is less prims and free

At this point we sort of drifted off into talking about other content creators and how scultpts were superior to mesh. At times it seemed as if Aley was impatient with me because I didn’t know enough about her body of work, which was true.
I haven’t put in all that she told me, but probably more than I should have. Aley is a remarkable person, at turns confident and proud, then a bit less so, as when she told me that the builder of the Nemo sims’ textures made hers look like crayon drawings.
There is too, too much information out there, for me to give you a list of resources. You can go and see recreations of actual builds at an Arcadia Asylum Museum. Aley herself has a marketplace store full of full perm freebies, and the grid abounds with lore and goodies all from this prolific woman.


Do spend some time learning what you can, and if you see me in Fanci’s Deep at the Seaview Amusement park, say hello.


DrFran Babcock
Posted by Bixyl Shuftan at 6:00 AM